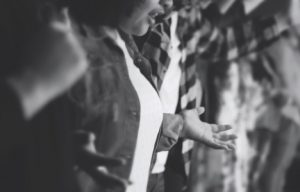 John Wesley met with a group of Methodist preachers in London for a watch-night service on February 6, 1789. It was just two years before his death, and Wesley was an old man. Yet age and infirmity did not hinder him from impressing upon his young followers what he had been teaching for over half a century.

As he records in his journal, “I strongly insisted on St. Paul’s advice to Timothy, ‘Keep safe that which is committed to thy trust,’ particularly the doctrine of Christian Perfection which God has peculiarly entrusted to the Methodists.”

It is that conviction of Wesley’s around the importance of the doctrine of Christian perfection that drives Kevin M. Watson’s newest book, Perfect Love: Recovering Entire Sanctification – The Lost Power of the Methodist Movement (Seedbed).

Watson is a prolific author whose scholarly focus is on John Wesley, early British Methodism, and the later American Methodist tradition. He has produced well-regarded academic monographs on the history of the early Methodist band meeting in the 18th century and the American Methodist tradition in the 19th century. Yet he is best known to many people as a writer with a passion for bringing neglected practices of early Methodism into present-day, practical discipleship. His first book for a general reading audience was A Blueprint for Discipleship (Discipleship Resources), which still stands as the best treatment of how to appropriate John Wesley’s General Rules in the present.

Perhaps his best-known popular-level work is The Class Meeting (Seedbed), a book that has been used by hundreds if not thousands of congregations to start class meetings in their own local churches. Most recently, he co-authored The Band Meeting with Scott Kisker (Seedbed) where he and Kisker introduced early Methodist band fellowship to contemporary Methodists.

Watson’s newest book Perfect Love looks not at an early Methodist practice but rather at an early Methodist idea. That idea is Christian perfection, or entire sanctification. It is the conviction that we can by grace be made holy in heart and life to the extent that the power of sin is utterly overcome in our lives. Positively speaking, it is the idea that we can be so filled with the love of Jesus Christ that that love animates our every thought, desire, word, and action.

It’s also an idea that goes by a variety of names drawn from the Bible and the Wesleyan tradition: Christian perfection, entire sanctification (the term Watson prefers), full salvation, perfect love, and other variations on these. The most common term used to describe it has often been seen as the most objectionable: “perfection.” The connotation that perfection has when applied to our discipleship can seem negative for obvious reasons. It suggests that we can attain a quality that is only available to God; or conversely, it smacks of a certain arrogance by people who perhaps do not fully grasp the depth of human sinfulness.

Yet Wesley believed that perfection was not only possible but the very goal of the Christian life. His passion for teaching about entire sanctification is one that Kevin Watson has embraced as well. As Watson says in his opening chapter, “Entire sanctification is the doctrine that defines Methodism’s audacious optimism that the grace of God saves us entirely to the uttermost.” Wesley once wrote in a letter to R.C. Brackenbury that “full sanctification … is the grand depositum which God has lodged with the people called Methodists; and for the sake of propagating this chiefly He appeared to have raised us up.” It is a point Watson returns to repeatedly throughout the book, contending that a renewed focus on entire sanctification is the key to revival within the Methodist movement.

Watson makes his case for the importance of the teaching of entire sanctification by pointing to a number of examples from the 18th and 19th centuries of people who testified to having experienced perfection. Here, Watson’s historical facility with the Methodist tradition is on full display as he moves easily from figures like Jane Cooper and John Fletcher to Phoebe Palmer and B.T. Roberts. Though Watson doesn’t say so explicitly, one of the strengths of the examples he uses is the way the various characters reflect such broadly different backgrounds and experiences. His examples run the gamut from learned theologians to frontier preachers, and from sophisticated urbanites to roughhewn rural folk. All of them had experiences of God’s perfecting grace, and they shared a common spirituality that made up the beating heart of the Methodist revival on both sides of the Atlantic.

Yet common experience is not enough to embrace any given teaching; it must be grounded in God’s will for his people as revealed in the Bible. This, in fact, is exactly why Wesley insisted on perfection. He did not believe that perfection was a novel teaching. As Watson ably points out, Wesley believed it should be taught because he believed that it was rooted in the Scriptures. The words “holiness” and “sanctification” are synonyms of one another, and the spiritual reality towards which they point is the goal of the Christian life as we find it taught in the Bible. The phrase that Wesley used to sum up what it means to live in this way is “holiness of heart and life.” When we are transformed inwardly (the heart), then our outward life will follow. That transformation is always a transformation in Christ’s love, and it is that love that defines what holiness is.

Watson does a wonderful job in explaining many of the particular characteristics around the Wesleyan teaching on entire sanctification. One is that sanctification (like justification) always comes by faith and not by works. And the surest way to receive it is to seek after it in prayer.

A second characteristic is the way in which Wesley spoke about entire sanctification as coming both gradually and instantaneously. This is one of the more confusing aspects of Wesley’s view of perfection, and it can perhaps best be understood with reference to the way that a race is both run and completed. You always finish a race in an instant (which is the instant you cross the goal line). But you are gradually drawing close to that final instant with every step that you take. This is Wesley’s view of perfection, except you have to add one extra layer. For Wesley, it’s also as if the race is constantly going around new turns, and the goal line could suddenly pop up on the other side of any one of them. Just so, the gradual growth in grace could culminate in perfection at any moment for the earnest Christian.

Finally, a third characteristic that Watson highlights is simply what perfection does not entail. It does not mean that we are free from ignorance, mistake, infirmity, or temptation. It doesn’t even mean we are free from the possibility of falling back into sin. What it does mean is that we are really and truly free from sin right now. And that includes not only the commission of actual sins, but also any sinful thoughts and affections of our hearts.

How, then, do we pursue perfection in practical sense? Here, Watson’s previous work on early Methodist practices serves him well in describing the spirituality of a Christian believer who is yearning for entire sanctification. He mentions more than once the importance of embracing the General Rules in the day-to-day lives of Methodist folk (do no harm, do all the good you can, and attend upon the ordinances of God). He also points to practicing the means of grace given by God to draw us closer to Christ and experience his sanctifying grace (prayer, searching the Scriptures, the Lord’s Supper, fasting, and Christian conference). Finally, he emphasizes the importance of the band meeting as the original small-group structure in early Methodism that was meant to help people reach entire sanctification through mutual confession of sin, testimony, and intercessory prayer.

One of the most intriguing aspects of Wesleyan teaching on Christian perfection is that it is never a static experience. Indeed, there is no sense at all in Wesley’s view that you ever reach a point where you can no longer grow in God’s love. “A person who experiences entire sanctification is still on a journey,” Watson writes. Such a person will “still need to grow daily in grace.” There is a sense in Wesley’s writing that God’s sanctifying grace can continue to draw us into fuller communion with Christ Jesus even after the battle with sin has been won.

In A Plain Account of Christian Perfection, Wesley asks the question, “Can those who are perfect grow in grace?” And then he provides the answer: “Undoubtedly they can; and that not only while they are in the body but to all eternity.” Such an affirmation means that the Wesleyan teaching on Christian perfection pertains not only to discipleship in this present life, but to our enjoyment of God in the life to come.

The strengths of Perfect Love are significant indeed. Given its central importance to John Wesley’s understanding of the Christian life, it is remarkable that a book like this has not appeared sooner. (Watson points out how attention to perfection was not only neglected but actively opposed in American Methodism of the late 19th century, and in that sense this book is long overdue!) There are a few areas that a reader might be left wanting a bit more, however. Watson nods to the relationship between justification and sanctification at a couple of points, but people more familiar with the former than the latter will be left with questions about how one is to think about the connection between the two. Also missing is any attention to Wesley’s theological influences outside of Scripture, other than the briefest of mentions about his engagement with the holy living tradition (e.g., Thomas à Kempis, Jeremy Taylor, and William Law).

Part of the formative influence on Wesley for Christian perfection came from the early church fathers – perhaps most especially Clement of Alexandria, whom he cited in print as an inspiration for how he came to think about perfection. Wesley (as Watson points out) was fundamentally interested in entire sanctification because he believed it was thoroughly biblical. Yet he was also working from a broader tradition (known as theosis or divinization in the early church tradition) in this as in so much else in his theology. 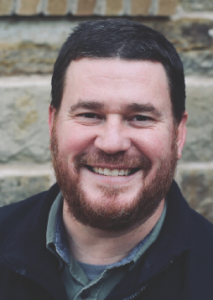 Like Watson’s other popular-level works, Perfect Love is written with tools to help individuals and small groups fully engage the text. Each chapter concludes with a discussion guide that offers both a format for small group meetings and sample questions for discussion. Watson has also included a number of appendices with primary source materials for readers who want to dig into some of the original Wesleyan and Methodist texts on sanctification: the General Rules, Wesley’s sermon, “On Christian Perfection,” Wesley’s sermon, “The Scripture Way of Salvation,” the Rules of the Band Societies, and a sampling of doctrinal statements from denominations descended from early Methodism.

One of Watson’s greatest strengths is his ability as a writer. Not all brilliant academics are able writers for a broad reading audience, but Watson has that talent in spades. His writing style in Perfect Love is almost conversational, and any engaged reader will find it accessible. For Methodists today who are interested in the biblical teaching that John Wesley believed was the most important gift the Methodist movement could offer to the Christian church, Perfect Love is the perfect book. Watson no doubt would hope that readers would pick it up not just wanting to learn about entire sanctification, but wanting to experience it for themselves.

Andrew Thompson is senior pastor of the First United Methodist Church of Springdale, Arkansas, and the author of  The Means of Grace and Watching From the Walls.