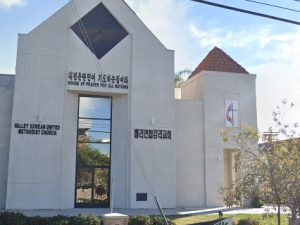 Over the last two weeks, Good News has shared information about pastors of large churches in North Georgia and New Jersey where centrist-progressive bishops removed the appointments of their senior pastors without the consultation required by the Book of Discipline.

On April 21, Bishop Grant Hagiya of the California-Pacific Annual Conference (Cal-Pac), through his district superintendents, notified the senior pastors of three large Korean United Methodist congregations that they would not be reappointed to serve their churches after July 1. In an unusual maneuver, the bishop simply informed them they would have a new appointment on July 1, but did not share with them what that appointment would be. He also did not give any indication that there would be further consultation with the pastors involved in identifying that future appointment.

This notification was also done without any prior consultation with the pastors involved or with their staff-parish relations committees, as required by the Discipline. The reason given each of the pastors was that they had “intentionally and actively advocated for [their] congregation, for other clergy and other churches to leave the annual conference, to leave The United Methodist Church. And this is a violation of the bishop‘s directives, his goals, his ministry, and it is counter to his vision for the mission of the church.” All the pastors have sought to do was prepare their congregations for the potential passing of the Protocol for Reconciliation and Grace through Separation and the decisions the congregations would need to make at that time.

Hagiya “has repeatedly talked about and visioned [sic] that we would have an annual conference that is a big tent kind of place, where all theological perspectives are taken into account and respected.” Given the way this appointment was communicated (no consultation), how it was framed (removal from the current appointment, rather than being offered a new appointment), the reason given (that the pastors disagreed with the bishop’s vision for the annual conference), and the timing (just weeks before the annual conference session), it is hard to avoid the implication that these were punitive appointment changes, meant to silence these pastors and other pastors who might have wanted to provide good information to their own congregations.

Hagiya’s vision is in essence a return to the One Church Plan that was defeated at the 2019 General Conference in St. Louis. His attempt to unilaterally impose that vision on his annual conference is contrary to the Book of Discipline and the actions of General Conference. His insistence that pastors refrain from educating their people about the option to withdraw and join a traditional Methodist denomination when the Protocol for Separation is passed by General Conference is not only poor leadership, but against the very spirit of the Protocol itself, which seeks to provide an amicable resolution of the church’s crisis, rather than continue the damaging winners/losers conflict.

The three pastors involved have requested reconsideration of their change in appointment. In addition, the Korean UMC Laity Network has sent the following letter to all active bishops of the UM Church.

Open Letter: Stop the Persecution of the Korean Church

This letter is tendered in the hope that it would receive your kind understanding and consideration.

My name is Stuart Ahn, and I am the President of the Korean United Methodist Church Laity Network in the United States. Our Network has five regional Vice Chairs, representing about 40,000 Korean lay members across the United States.

I am writing this letter on behalf of the council members of the Korean UMC Laity Network. This is to inform you of our great concerns following the recent notification of discontinuance of appointment of senior pastors of the Korean churches that transpired in the California-Pacific Annual Conference.

On Wednesday, April 21st, the Bishop of the Cal-Pac Conference notified the removal of the three Korean church pastors, after June 30th, 2021. The problematic reason is that “they have been inciting the neighboring churches and pastors to leave the denomination and not abiding by the course of our conference set by the Bishop.”

Even during these difficult times of COVID-19 Pandemic, the Korean church and its pastors have been faithfully fulfilling our ministry without skipping a day. From online worship to new ministries, community serving Food Bank ministry, the 40 days of early morning prayer services, and the launch of an online lay training program which have been amazing.

Where is the Bishop’s encouragement and consideration for the pastors that have faithfully served the church and maintained the solidarity of The United Methodist Church during the pandemic? Rather than supporting and encouraging them, the Bishop is leading the Korean churches into an unnecessary conflict and chaos by punitively appointing Korean church pastors who have held traditional positions. Where is the Bishop’s leadership toward the faithful Korean churches in this shocking, unilateral, and biased decision?

We do all know that pastors come and go. We do all understand that. And that is especially true in The United Methodist Church with the system of itinerancy. With all due respect, we recognize the authority of the Bishop over the appointment of pastors to the local churches, but not in this way, not for this reason, and not now.

Over the years, Bishop Hagiya has been personally and officially stating that we can coexist regardless of our differences in the theological positions, cultures, and traditions by respecting one another. You are aware of the theological position of many Korean churches, laity, and the pastors in the Cal-Pac Conference, which is a traditional position. However, you have accused the three pastors of encouraging and recruiting members and other churches to leave The United Methodist Church. We, the laity, can tell you clearly, that is absolutely and positively false. In addition, the conference leadership ignored the Book of Discipline and the decision to discontinue the appointment for not following the course set by the Bishop is a failure to comply with the procedures. Moreover, this is a baseless, punitive action, taking the Korean church lightly, and an insult to the entire Korean churches.

Removing Korean church pastors without prior consultation is a result of a failure to comply with the procedures in accordance with the Book of Discipline. This action is far from fairness and justice toward minority churches and Asian minority churches the Bishops has harped on over the years.

The notification of discontinuance, especially targeting the three influential Korean churches in the Cal-Pac Conference, is a racist action towards the Korean immigrant church. This chaos is causing great and irrecoverable damage to the church, and the action which the Bishop should have never taken. Please withdraw this unjust decision immediately.

We are a racial minority and also a minority in upholding what the Book of Discipline stands for, which is in line with the Bible. It is not only undermining the integrity of the Korean churches, but also harming it.

The pastors of the Korean church have carried out their responsibility of helping the laity understand the Book of Discipline of The United Methodist Church and the Bible in the midst of the chaotic issue of human sexuality. This decision not only violates the amicable spirit of the Protocol of Reconciliation and Grace through Separation (which upholds “being held in abeyance” meaning neither side will face repercussions until the decision to separate gets approved at the General Conference), but also damages the Korean church that has a different theological view than the Bishop.

We do know that pastors are servants of the Lord who have been called and answered the call to our God. It is our sentiment that these clergy members are anointed, subjects of respect, and to be protected. Bishop, if any one of us or our community is insulted, or our core values are attacked, you should know that we will never take such insults cast upon us lightly. The decision to remove the pastors is a misuse of power by the powerful person like you while ignoring the Korean churches and insulting the faithful heart of the Korean UMC laity members. Such actions by the leaders of the denomination will only solidify us and begin a holy resistance to overcome the persecution of faith.

We do not want this kind of conflict. Thus, we’ve been minding our own business. But what are we supposed to do when you pick on us, who are the ethnic church and racial minority, in such a rude and ruthless way? However, if through this we can protect our faith, what we believe, then this will be our mission.

Problems with this decision:

2) It is an undemocratic argument that all churches and pastors must unconditionally agree to the course of action the Bishop mapped out for the annual conference.

3) The notification of discontinuance of appointment is institutional racism, shown by the denomination targeting the Korean churches, and this is the concrete evidence of Asian racial discrimination.

4) The Bishop and the cabinet of the Cal-Pac conference committed a faithless act and violated the spirit of our denomination, which supports mutual respect and reconciliation.

Thank you for listening to us, and making an effort to understand us.

Peace and Grace to you from our LORD Jesus Christ.