One Has to Wonder 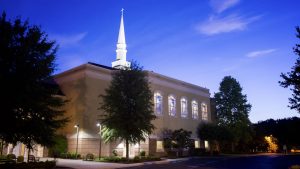 A number of our larger, most healthy churches have recently been told that their senior pastor is being moved to another appointment, without consultation with the pastor or the congregation. One is Mt. Bethel in the North Georgia Annual Conference. It’s one of the ten largest churches in the denomination. The others are in the Greater New Jersey and the California-Pacific Annual Conferences.

Thus, they are in different regions of the country. One, Mt. Bethel, is predominantly white. The other four, one in New Jersey and three in California, are Korean. What do they have in common? They are all strongly traditional in their beliefs. They are all under the authority of a centrist to progressive bishop.

Something else they have in common is that none of these churches appreciate how they have been treated in the removal of their senior pastor. All United Methodist pastors serve at the pleasure of their bishop. All United Methodists churches know their bishop has the right to appoint whoever he or she believes is best for their church. But every church and every pastor, unless there is some moral failure, expects to be treated with common courtesy and respect in the process.

Some have condemned Mt. Bethel’s unwillingness to receive a new pastor. The expected liberal critics have blasted the church for wanting to be treated differently than other churches because of its size. But these critics are missing the point. Neither the pastor nor the church’s SPRC were consulted before the appointment was announced as required in The Book of Discipline. And though larger churches are not special or above the rules because of their size, replacing their senior pastor in a way that screams, “I am the bishop and I know what’s best for you,” is not smart, respectful, or helpful to the person who is taking over the removed pastor’s position.

The senior pastor at the church I serve announced his retirement this January. The Woodlands United Methodist Church, just north of Houston, is also one of the denomination’s largest. The process of appointing his successor began three years ago. The bishop and our SPRC worked closely and amicably together with the same goals – finding the right person for the position and conducting the process in a way that guaranteed the new pastor would be well-received by the congregation and begin his or her ministry with the greatest chance of success. Replacing the pastor of a large church does not require three years. But to be effective and healthy for the church, the process – well, first it must be a process, not a pronouncement from on high – needs to be open and collaborative.

A church does not need to be the size of The Woodlands or Mt. Bethel to know when its lay leadership and its congregation are being disrespected. And it is wise to be aware that if you appoint someone to be the senior pastor of a church without proper consultation, you are likely doing harm to that congregation.

Why three different bishops would show such little regard for thriving churches and their ministries is indeed puzzling. The five churches involved have either stated or have given reason to believe they will leave the Post-Separation United Methodist Church when the Protocol for Reconciliation and Grace through Separation is passed. It is easy to believe, possibly wrongly, that these disruptive appointments are punitive in nature – a way of insuring that these churches will not leave as whole and as healthy as they might have.

It’s also natural to wonder if removing beloved senior pastors is a strategic play for financial gain. If a bishop can make things so difficult for a traditional church that it decides to leave before the Protocol is passed, it will need to pay a high financial price for disaffiliation. In the case of Mt. Bethel it could be several millions of dollars. It makes sense. If a church leaves after the Protocol, it takes its property and its assets without any payment to the Post-Separation UM Church.

So, what does a bishop have to lose if she or he so offends a traditional congregation that it decides to leave early? It was departing anyway. Why not fill dwindling annual conference coffers with a costly disaffiliation exit fee? In fact, it might be considered a shrewd play. Turn up the heat until the church feels it must depart – either leaving its buildings and property behind or paying dearly for the privilege of taking what it has sacrificed to build over the decades.

Another possibility is that a bishop, by disrespecting a congregation, could hope to run off all of its strongly traditional members. Make them so upset that they decide to leave and form a new church. Those remaining would have decided they could live with such a bishop and the UM denomination he or she represents. They would also retain the rights to the property. Perhaps those who stay would vote to remain in the post-separation UM Church, the denomination that bishop represents, and bring their buildings and their assets with them.

And one would think that, in this time when we have all become aware of how Asian Americans are often the victims of prejudice and mistreatment, bishops would be sensitive to the optics of how they treat predominantly Asian congregations and clergy.

But three different Annual Conferences. Three different centrist to progressive bishops. Five different traditional churches. One has to wonder what’s behind it. And where it will go next.

Rob Renfroe is a United Methodist clergyperson and the president and publisher of Good News.