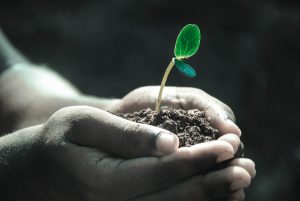 Sometimes in life, there is no substitute for a fresh start. That is what the newly announced Global Methodist Church (GMC) offers.

Texas experienced near-record freezing temperatures a couple weeks ago. As a native of Wisconsin, I’m used to the cold, but the plants in our yard were not chosen according to their ability to survive freezing temperatures. Most of them look pretty bedraggled right now. I spent last weekend clearing out and discarding all the dead leaves, stems, and plants so they have room to grow back from their roots. It would do no good to leave all that dead plant material on the ground, since those plants will not reenergize the existing leaves and stems. They will only survive by growing again from the roots.

That is how many traditionalists perceive The United Methodist Church. Parts of the church have lost their ability to function the way they were intended. Rather than fighting to reenergize those dead leaves and stems, it will be more fruitful to clear away the debris and start fresh, allowing Methodism to grow up once again from its historic roots.

The newly announced Global Methodist Church represents an effort to reconstitute Methodism in a new way for the 21st century, while drawing upon our biblical and Wesleyan roots. This project reminds me of the words of Jesus to the church in Sardis: “I know your deeds; you have a reputation of being alive, but you are dead. Wake up! Strengthen what remains and is about to die” (Revelation 3:1-2). The GMC is an attempt to strengthen what remains and reconstruct what is missing from original Methodism in a way that works for this new century.

The greatest error the founders of United Methodism made in 1968 was to create a theological identity around doctrinal pluralism. The concept was that the church could accommodate a variety of theological perspectives and belief systems. Even now, there are some clergy who do not believe in the bodily resurrection of Jesus, the Virgin Birth, the validity of miracles, or the necessity of Christ’s death on the cross for our sins (to name a few).

As a result, United Methodism has no clear theological identity. When one walks into a United Methodist local church, one never knows what theology will be preached from the pulpit that Sunday.

The Global Methodist Church gives us a chance to start fresh with a consistent theological identity. It will be based on the ancient creeds and the Articles of Religion and Confession of Faith. All GMC clergy and congregations will be expected to affirm and teach these doctrines without their fingers crossed behind their backs and without “redefining” what the creeds mean. While there will be room for theological exploration and diversity of perspective on lesser matters, there will be no dispute over the main points of our doctrinal understanding.

The situation that has precipitated the crisis in United Methodism is the lack of accountability. There is currently no way to hold bishops accountable to enforce the provisions and requirements of the Book of Discipline. They can choose not to do so, and many U.S. bishops have chosen not to hold clergy and annual conferences accountable to the requirements regarding same-sex weddings and the ordination of self-avowed practicing gay and lesbian persons as ministers. This results in clergy who are also unaccountable, choosing which parts of the Discipline to honor and which parts to ignore. The UM Church has become, in some sense, ungovernable. Restoring accountability would be a long, painful process with an uncertain prognosis of success.

But accountability is not just for bishops and clergy. The essence of Wesleyanism is accountable discipleship for all believers. The small group meetings called classes and bands were an essential part of Methodism for at least its first 100 years. And it was the fading vitality of such small groups that led to the cooling of Methodist fervor in its second 100 years.

The GMC hopes to restore small-group discipleship as an essential part of church membership. We all need accountability in our daily transformation toward greater Christlikeness. We were not meant to live the Christian life as “holy solitaries” (in Wesley’s words). Rather, we are called to live in Christian community, strengthening and encouraging one another in our walk with the Lord. We need to know and be known by a small group of brothers or sisters, comrades in arms, who are fighting the spiritual battle of holiness with us.

A Fresh Approach to Ministry

In United Methodism, the denominational hierarchy and general boards and agencies have become disconnected from the local church. Like independent fiefdoms, each has its own identity and mission that are only loosely accountable to the general church. Sometimes, these agencies have constituted their own power center within the church that serves mainly to perpetuate its institutional existence, rather than providing vital services to local churches and annual conferences.

Structurally, the emphasis will be on flexibility and lean organization. Essential functions will be mandated, but how those functions are carried out will be up to each local church and each annual conference. Local churches, conferences, and the general church will be encouraged to form only those committees and agencies that are essential, rather than proliferating a bureaucracy that becomes a self-promoting entity.

General church agencies will strive for a unity of mission and cooperation in service to the church. They will be accountable to a Connectional Council that will ensure agencies do not become independent silos or get off-mission. Agencies will share staff, and a connectional operating officer will be responsible to keep agencies and staff centered on their cooperative mission to serve the larger church.

A Fresh Approach to Ordained Ministry

The United Methodist Church has struggled for decades to find a unified and coherent understanding of ordained ministry. Its increasing reliance on licensed local pastors in lieu of ordained clergy has established a “class” system that separates one type of clergy from another, resulting in unfair treatment of those perceived to be in a different “class.” Its long process leading to ordination over six to twelve years discourages many from pursuing that goal and no longer fits a global church with a variety of cultural, educational, and financial circumstances.

Ordination as a deacon will be available after as little as one year of candidacy. There will no longer be licensed local pastors serving churches. Instead, they will be ordained as deacons, while they continue their education toward ordination as elders. The goal is to have an ordained deacon or elder serving as the pastor of nearly every local church. Deacons and elders will have sacramental authority, deacons in their ministry setting and elders in all settings.

A variety of educational routes will be available for those seeking ordination as elders, including the traditional Master of Divinity, Course of Study, or Bachelor or Master of Arts in Ministry. Pastoral training will emphasize practical experience in ministry during training and provide for continued supervision in ministry following the completion of education.

Educational loans will be available to certified candidates for ministry, with such loans being forgivable in exchange for five years of service in the church. The goal is to release all clergy from educational debt.

Any separation of a denomination is tragic. I wish it had not come to this. However, it seems we have two main tasks in light of the evident need for separation:

A fresh start can help us all. After all, Christianity is the faith of the fresh start, found for each one of us as we become one with Jesus Christ in his resurrection to new life.