The Case for a Virtual General Conference, Part 1 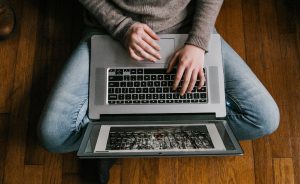 We do know that the Commission formed a task force to look at how digital technology could be used to allow young people to attend the General Conference virtually, due to the fact that it is scheduled during the first weeks of school for many students. We assume that this task force has broadened its investigation to consider whether and how a General Conference might be held in a virtual form online. Their report was due to the Commission at the end of January, so it could be considered as part of the decision-making process on February 20. We do not know if that task force report will be publicly released. In the absence of concrete information, prognosticators (including me) are trying to read the tealeaves and assess what might happen and what is possible.

Will there be an in-person General Conference in 2021?

I believe the short answer to this question is “no.” While the number of virus cases is starting to decline in some places, the overall caseload is quite high, both in the U.S. and in Europe. Travel restrictions have been put in place requiring a negative Covid test and a quarantine in order to travel. Europeans traveling to the U.S. would have to quarantine seven days upon arrival, participate in two weeks of General Conference, and then quarantine for seven to ten days in their home country upon return. Thus, in-person participation in General Conference would require at least one month of time from European delegates, which is an unreasonable ask, particularly of lay people who have non-church jobs.

Information about the situation in Africa and the Philippines is spotty, but we hear that cases are increasing in some countries and causing great hardship. Their hospital system does not have the capacity that ours does, so even a fewer number of cases can overwhelm their hospital system. Travel there is just as problematic.

Vaccination in the U.S. is speeding up but is still a monumental task. The latest estimates are that those in high-risk groups will not be fully vaccinated until April or May. That accounts for one-third of the U.S. population. It could take another four months for enough people to be fully vaccinated to reach “herd immunity.” Experts are estimating that might occur in August or September, right when General Conference is scheduled to meet. So there is a chance that life in the U.S. might open up to fewer restrictions on travel and large gatherings in the fall, but it is risky to plan for that to happen by the time of the scheduled General Conference. We have learned that very little about this pandemic has happened as we expected it would.

Unfortunately, vaccination in Europe is about two months behind the pace of the U.S. The population of the European Union is about one-third larger than the U.S., so it could take them even longer to reach “herd immunity.” That will affect the lifting of travel restrictions. Right now, even family members are not allowed to travel to Norway, for instance. (I have a daughter and her family living there.)

The situation is even worse in Africa and (I presume) in the Philippines. Vaccination has not even started there, and the poorer countries like the Democratic Republic of Congo (home of the largest General Conference delegation) are last in line to receive the vaccine. They also do not have a health system that is capable of efficiently vaccinating the whole population. It is highly questionable whether General Conference delegates from Africa and the Philippines can get vaccinated before next fall.

In addition, there is the complication of people from Africa and the Philippines getting visas to come to the U.S. Embassies in many countries are not currently open or accepting visa applications. It is unknown when embassies will open up, but it probably depends on when the virus is under control in those countries, which could depend upon when a critical mass of the population is vaccinated. There is no certainty that embassies will open up to grant visas in time for delegates to get them in time to travel to the U.S. for the conference.

Given all these complications, I do not believe it is possible to hold an in-person General Conference this year. I could be wrong.

Is it necessary for some form of General Conference to meet this year?

I believe the answer is “yes.” We are obviously in uncharted territory, but there are certain matters that need to be addressed. A new budget for the quadrennium needs to be passed, which would allow new apportionments to be levied to the annual conferences and then to the local churches. Right now, apportionments are being paid based on the 2017-2020 budget, which is substantially higher than what is proposed for the 2021-2024 quadrennium. Passing the new budget would allow general church apportionments to drop by at least one-forth from what they are now, making it much more likely for local churches to be able to afford to pay them. This is especially true of the Episcopal Fund, which is projected to run out of money in the next two years unless budgetary changes are made.

Church officials have said it is essential for General Conference to meet, so that jurisdictions and central conferences can meet to decide about their bishops. There is a movement afoot to refrain from electing any new bishops in the U.S. during this quadrennium. Also on the table is the proposal to elect five new bishops in Africa. General Conference is the body to decide these kinds of issues. In addition, some currently serving bishops are required to retire under the provisions of the Discipline. Yet, they have continued to serve in this crisis period. When will they be allowed to retire? General Conference needs to provide guidance.

Other elected leaders of the church have also exceeded their terms in office. This is particularly true of the Judicial Council, of which several of its members desire to stop serving. It is essential to elect new leaders to maintain these important functions.

It might be tempting to postpone General Conference yet again to fall of 2022, by which time we hope international travel can return to normal. However, doing so would cripple the church by putting off essential decisions. It might also precipitate jurisdictions and other bodies of the church taking actions not allowed under church law simply to deal with this untenable situation.

Is action on the Protocol for Separation necessary in 2021?

Some are promoting the idea that a decision as important as separation should only be addressed at an in-person General Conference. However, adopting the Protocol in 2021 is in the UM Church’s best interest. Resolving our conflict is the only way back to a healthy denomination.

Major changes are proposed for The United Methodist Church going forward. The delegates making those changes should represent the people who have a long-term commitment to remaining in the UM Church. Some of these major changes include regionalizing church governance (allowing the U.S. to create its own standards and practices), changing the definition of marriage to include same-sex couples, changing ordination standards to allow practicing LGBT persons to be ordained, and reconfiguring the general church boards and agencies in light of new financial realities.

It would be absurd to allow those wanting to align with a new traditional Methodist denomination to have a say in (or block) how the post-separation UM Church wants to operate. Better to move forward now with separation, so that the next in-person General Conference can make the major decisions proposed for the church’s direction.

Nuts and bolts decisions need to be made around separation before structural decisions are made. How many new bishops should the jurisdictions and central conferences elect? Should the church keep its current five jurisdiction as they are? How many general church boards and agencies can the church afford? How should they be structured? All these decisions depend upon how many people are left in the post-separation UM Church.

Moving to separate this year would enable annual conferences and local churches to decide where they want to be, giving the general church the information it needs to make these structural decisions at the next General Conference.

The theological conflict in the church continues, and the polarization is getting worse. Granted, the conflict has moved off the front page due to the drastic effects of the pandemic on church life. But the conflict is still there and will reemerge as conditions allow a return to more normalcy. Failing to resolve the conflict has done immeasurable harm to the church and will continue to harm us in the months and years ahead. No one wants to join a denomination in conflict.

Churches and annual conferences embroiled in conflict will not have the energy to ramp up the kind of outreach ministries necessary to recover from the loss of up to 40 percent of our members due to pandemic inactivity. Moving through separation now will resolve the conflict and enable each of the new denominations (including the post-separation UM Church) to move strongly forward in its preferred ministry direction without being held back by those who do not share the same vision.

Some will object that making a decision on alignment is too much for a local church to handle right now, with all the pressures of ministry during the pandemic. There are hundreds of congregations that have already resolved which direction they want to go following separation. All they need is the legal ability to take action on that decision. It is also important to remember that no decisions need to be made until after General Conference adopts the Protocol, which would happen potentially at the end of August.

All of this is contingent, however, on passage of the Protocol. Delaying the Protocol would delay the possibility of all these other decisions that depend upon it. Better to open the door to separation now, allowing churches and annual conferences to make their decisions on their own time, rather than hindering those who are ready now to decide by forcing them to wait.

Moving toward separation now is in the best interest of the church. It would resolve the conflict and clear the way for ministry after the pandemic to be about the positive direction each church wants to take, rather than continuing to refight the same old battles and damaging the church in the process.

Is it practical or possible for General Conference to meet “not in person” and deal with the Protocol? I plan to address that question in my post next week.