The Birthdate of Methodism? 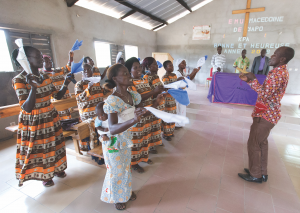 What date would you choose for the birthdate of Methodism? The General Conference of the Methodist Church of England met in 1837 and a committee of preachers and laymen was assembled to put together a celebration of the Centennial, the first hundred years of Methodism. But the first question that they had to settle was what date should they use for the beginning of Methodism? Someone suggested that they use the date of Wesley’s ordination, but that was not supported.

Do you know what other famous date was not supported? May 24, 1738, Wesley’s Aldersgate Street experience. That was an obviously famous and important date in Wesley’s life. Although it was a pivotal milestone, the Holy Spirit had been moving in his life before that time. Dr. Scott Kisker, Associate Professor of Church History at United Theological Seminary, has commented that if Aldersgate was all that Wesley had, he would have probably retired as an Anglican priest at Epworth with his heart strangely warmed and we would never have heard of him or Methodism.

The fact of the matter is, Charles Wesley had his heart warming experience two days before John’s. And George Whitefield had one even before that. And there were others at the time, Anglicans and non-Anglicans, who were having heart-warming experiences.

The Rev. Doug Fox, senior pastor of First United Methodist Church of Irving, Texas, and a DMin student in Supernatural Ministry at United Theological Seminary, read through Wesley’s Journal from May 24, 1738 through the end of that year, a seven-month period. He was especially looking for changes in Wesley’s life and ministry as a result of his Aldersgate experience. Fox found that there was little positive change. Wesley’s Journal entries in those seven months were filled with doubt and questions. He wrote of periods of spiritual exaltation and acute spiritual depression equal in severity to anything preceding the Aldersgate experience. There are at least eleven depression entries, starting the day after the Aldersgate experience. And there are only two clear supernatural occurrences that he records during that time.

Wesley was still restricting his preaching to inside church buildings and there were no huge crowds.  He made a pilgrimage to Hernhutt for an extended visit at the Moravian headquarters, but nothing spiritually earth shattering happened in Wesley’s life or ministry during those seven months after Aldersgate.

So, what date did the General Conference of 1837 come up with as the date for the start of Methodism? In his Journal, John Wesley writes on Monday, January 1, 1739, the New Year’s Day after his Aldersgate Street experience with the Moravians, John and Charles Wesley and George Whitefield and about 60 others gathered at a Watchnight meeting at Fetter Lane. Wesley wrote, “about three in the morning, as we were continuing instant in prayer, the power of God came mightily upon us insomuch that many cried out for exceeding joy, and many fell to the ground.”

Twenty-four year old George Whitefield, who was present at this meeting wrote, “It was a Pentecostal season indeed … we were filled as with new wine … overwhelmed with the Divine Presence….” Writing in 1861, Methodist historian Abel Stevens referred to this incident as their baptism in the Holy Spirit. It is clear that this was an infusion of spiriutal power within Methodism and this was the date that General Conference of 1837 used to date the beginning of Methodism.

Four days later George Whitefield met with seven other despised Methodists who left the meeting with a full conviction that God was about to do great things among them. It was in that year that Whitefield “broke the ice,” as he says, by beginning outdoor preaching in England. He then led Wesley to do the same thing.

In his research, Fox also read through Wesley’s Journal for the seven months after Fetter Lane. He found one entry about spiritual depression on January 4, 1739 and then no others. Furthermore, in the seven months following Fetter Lane, Wesley records in his Journal no less than 31 supernatural occurrences involving whole crowds of people.

It is “safer” for us to look back at Wesley’s Aldersgate experience as the beginning of Methodism. It was a private experience. It was a salvation experience or at least an assurance of salvation experience. Even non-Methodists have no problem with someone having a “heart-warming experience.” But the Methodists at the one hundred year mark were still greatly in touch with the fact that Methodism began with a “messy” outpouring of the Holy Spirit where over sixty Anglicans were all over the floor crying out due to the tangible presence of God in the room with them.

Methodism began with what Abel Stevens referred to as a baptism of the Holy Spirit experience that a group of people shared together like on the day of Pentecost. After this powerful experience at Fetter Lane, the lives and ministries of those people changed dramatically.

Perhaps we should ask God for a fresh infilling of the Holy Spirit like the Wesleys and their friends experienced that New Year’s Day in 1739.

Frank Billman is a United Methodist clergyperson, the DMin Mentor in Supernatural Ministry at United Theological Seminary in Dayton, Ohio, and an adjunct Faculty Member at the Bishop John G. Innis Graduate School of Theology at the United Methodist University in Monrovia, Liberia.