Guest Commentary: Why Progressives and Traditionalists should Support the Protocol 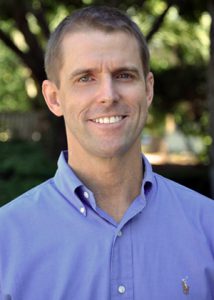 Jack Jackson is E. Stanley Jones Associate Professor of Evangelism, Mission, and Global Methodism at Claremont School of Theology in California. Some of the opinions expressed in this analysis will be provocative to both progressive and traditionalist readers. Nevertheless, we believe that Dr. Jackson’s viewpoints should be read and discussed across the United Methodist connection.

As our May 2020 General Conference approaches, delegates have been offered a gift with the Protocol. It lays out a path of separation that traditionalists and progressives alike should support.

Advocates on both sides, as well as the few true centrists who remain, can certainly find fault in the Protocol, but there should be no mistake: this is the best solution for the United Methodist Church and the only one which, as Bishop John K. Yambasu (Sierra Leone), Janet Lawrence (Reconciling Ministries Network), and Patricia Miller (Confessing Movement) each argues, avoids denominational catastrophe.

Progressives should embrace the protocol for a number of reasons.

First and foremost, it delivers on progressive’s core demand, namely that the UM Church will ordain and marry LGBTQI+ persons. As the Rev. David Meredith argues, the protocol provides the provisions that progressives so desperately want to stop.

Some progressives complain that inclusion both in the U.S. and around the world will only be optional. Churches in the U.S. “may” opt to host gay weddings and clergy “may” choose to officiate, and annual conferences “may” ordain non heterosexual persons. Meanwhile central conferences around the rest of the world can decide how they will respond to gay persons.

But progressives should rest assured that the Protocol will profoundly shift the denomination’s theological emphasis, at least in the United States, towards a progressive vision.

For instance, while only a small percentage of traditionalists may leave at first (some traditional clergy and laity in their 50’s and older will choose to remain in the UM Church for relational and pragmatic reasons), traditionalist clergy and laity younger than 50 will begin to leave immediately. Even more important to progressives, current and future traditionalist seminarians and young people will leave in mass as they recognize that their vision of human sexuality is increasingly rejected at UM seminaries, Annual Conference Boards of Ordained Ministries, and post separation UMC (PSUMC) congregations.

The result of this departure of laity and clergy in the U.S. means that by the 2028 General Conference, if not 2024, the church will be thoroughly progressive and change its language on inclusion from “may” to “shall.” Churches will be forced to welcome gay weddings and clergy will be required to officiate gay weddings.

The protocol will result in a thoroughly progressive PSUMC. The church will not be a big tent and there will be no room for traditionalists, and little room for centrists by 2028.

Unfortunately, some have argued that because some progressive voices were not at the table the process was flawed and the recommendations must be rejected.

This is reckless thinking. The church has tried for five decades via large, representative groups to come to an agreement the larger church would embrace. Each effort has ended in unmitigated disaster for progressives. The only option was a small gathering similar to the one which created the Protocol.

Progressives will not get a better deal than the one outlined in the Protocol. Progressives can rejoice that they have won the conversation on human sexuality in the United States, but they have not prevailed in the global UM Church. In light of the precipitous decline in UM Church membership in progressive jurisdictions, progressives do not have time to wait in hope that the General Conference will one day give them everything they want. Progressives should take the deal as outlined in the protocol and move forward knowing the PSUMC will be a thoroughly progressive Wesleyan movement within the decade.

Traditionalists should embrace the protocol for different reasons.

First, the protocol satisfies traditionalists’ core desire, namely the freedom to connect as a movement with other Methodist communities of like mind on human sexuality. The new Methodist denomination will be one that includes members of the WCA but will also reflect the desires of a broader group of traditionalists who, for various reasons, are not members of the WCA. The denomination will have clear expectations for clergy, laity, and ecclesial leaders when it comes to human sexuality. No right minded progressive or centrist will become part of the new denomination and structures will be put in place to ensure missional cohesion on human sexuality. Missionally minded young traditionalist clergy, seminarians, future seminarians, and laity will embrace this new movement in droves over time.

Some traditionalists argue that the plan simply isn’t fair because it awards the institutional mechanisms and assets to the numerically smaller group of the global UM Church, a group that has lost every major vote at General Conference on human sexuality. This is a legitimate point, but traditionalists must ask what alternative they have and if they are really willing to keep up the struggle.

The reality is that while traditionalists have prevailed in the global conversation on human sexuality, they have lost it in the United States and have little hope of regaining the majority in the U.S. for a generation if not longer.

Traditionalists can keep on fighting but the resulting missional deadlock, disobedience to the Discipline, and church decline that has marked the UM Church for decades will continue. Episcopal leadership will become even more progressive since progressives are now the majority in each of the jurisdictions. As traditionalist bishops retire, traditionalist clergy will soon have no episcopal support. Even if traditionalists were to prevail in the conversation 25 or 50 years from now, the church they will inherit will have less functional institutional mechanisms and fewer assets. And most importantly, since many young traditionalist laity and clergy are already leaving the denomination, the UM Church in 25 or 50 years would almost certainly have fewer members.

Furthermore, the UM Church structure as currently designed has led to this untenable stalemate. There simply is no mechanism whereby traditionalists can “fix” a structure that permits disobedient bishops, Boards of Ordained Ministry, and clergy. The structure will allow ecclesial disobedience for decades to come and there is nothing traditionalists can do about it.

There is little evidence that traditionalists have the resources, energy, and commitment from future young clergy and laity to keep up the struggle for another generation. Traditionalists today would be wise to embrace the Protocol, despite its deficiencies, and work to create a new vision of Methodism in a new denomination.

There is no resolution that gives progressives, centrists, and traditionalists everything they want or think they deserve. The Protocol offers a mediated and political truce in the best sense of the terms, as the Reconciling Ministries Network, WCA, UMNext, Good News, UM Queer Clergy Caucus, and Confessing Movement among others acknowledge. Critically it offers both sides what they must have in order to form vital Christian communities in line with their visions of human sexuality. It is time for both sides to embrace a foundational principle of Protestantism in general and Methodism in particular, namely that missional faithfulness always triumphs over ecclesial purity and unity. It is time for both sides to embrace the protocol as a final act of grace towards each other as the only way forward.