Witness to the World 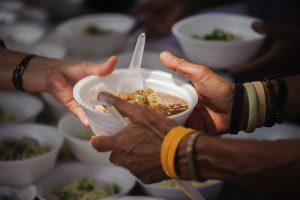 At the Wesleyan Covenant Association’s Legislative Assembly in November held in Tulsa, delegates affirmed the first draft of the WCA’s proposed Book of Doctrines and Discipline. What follows are highlights of the segment on social witness.

Since God first stirred the hearts of John and Charles Wesley to feed the hungry, visit those in prison, oppose slavery, and care for those in need, Methodists have believed in joining hands and hearts in the service of God and others, following the words of James 1.27 that the religion that God our Father accepts as pure and faultless is this:  “to look after orphans and widows in their distress and to keep oneself from being polluted by the world.”  We are convinced that faith if it is not accompanied by action is dead (James 2.17) and that, as Jesus reminded us, when we do not do what is needed to care for the least of our sisters and brothers, we likewise have not done so for Christ either. (Matthew 25.45)

It was in that spirit that the Methodist Episcopal Church became the first denomination in the world to adopt a formal Social Creed in 1908, spurred by the Social Gospel in response to the deplorable working conditions of millions.  Though reflective of its own time, the statement is still remarkably relevant even today, calling for, among other things, “equal rights and complete justice for all men in all stations of life, principles of conciliation and arbitration in industrial dissensions, abolition of child labor, the suppression of the ‘sweating system,’ a reduction of the hours of labor to the lowest practical point, a release from employment one day in seven, and for a living wage in every industry.” … Our Social Witness represents a consensus vision of what it means to be faithful disciples in a world that remains in rebellion against its Creator, wracked by violence and unfettered greed.  It is a summons to prayerfully consider how to “do good” and “do no harm” to all as we put our faith into practice.  …

We believe that the Christian faith calls us to recognize that all persons irrespective of their station or circumstances in life have been made in the image of God and must be treated with dignity, justice, and respect

We believe that life is a holy gift of God whose beginnings and endings are set by God, and that it is the particular duty of believers to protect those who are powerless to protect themselves, including the unborn. We believe human life begins at conception and abortion ends a human life.

We believe that all should have the right to work without grinding toil, in safe conditions, and in situations in which there is no exploitation by others. We respect the right of workers to engage in collective bargaining to protect their welfare.  We pray that all should be allowed to freely follow their vocations, especially those who work on the frontiers of truth and knowledge and those who may enrich the lives of others with beauty and joy.

We believe that all have been summoned to care for the earth as our common home, stewarding its resources, sharing in its bounty, and exercising responsible consumption so that there is enough for all.

We believe that human sexuality is a gift of God that is to be affirmed as it is exercised within the legal and spiritual covenant of a loving and monogamous marriage between one man and one woman. …

We believe that children, whether through birth or adoption, are a sacred gift to us from God, and we accept our responsibility to both protect and nurture the youngest among us, particularly against such abuses as enforced child labor, involuntary conscription, human trafficking, and other such practices in the world.

We believe that followers of God have been called to exercise self-control and holiness in their personal lives, generosity and kindness in their relations with others, and grace in all matters of life.

The entire document can be found at WesleyanCovenant.org.