Advice to UM Pastors and Churches: Know What You are Going to Do! 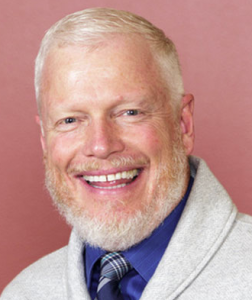 I have played competitive softball since I was fourteen years old at every imaginable level. Up to a handful of years ago, I played over a hundred games each season and now in my late fifties, I still play twenty or thirty. For much of that time I was a shortstop. The shortstop is the captain of the infield and a part of my role was to make sure the other players were practicing situational awareness. My constant exhortation to my teammates before the ball was pitched? “Know what you are going to do!”

My exhortation to United Methodist pastors and churches as we enter General Conference 2020 (GC2020) is very much the same, “Know what you are going to do!”

A handful of churches have already decided what they are going to do and won’t hang on until GC2020. They are the outliers and the wildcards. For them, the aftermath of General Conference 2019 was just too horrible to experience all over again. Most still haven’t stabilized. They don’t care what is decided at GC2020; release them from the Trust Clause and they will be gone. Leaving the denomination under the present rules involves a jagged and potentially contentious process but at least such churches can provide their own narrative. Leaving a contentious denomination feels very different than leaving over disagreements over human sexuality. The former is institutional; the latter personal. For these churches, attempting to get out will be their only move and they should be treated graciously. They did not ask for our current denominational dysfunction. To make them stay is a bad play for everyone.

The vast majority of United Methodist churches will stick it out until after General Conference 2020. They will see what unfolds and they will respond – or not. These churches and pastors need to be asking some important questions right now. Primary among them are, “What will our congregation do in response to GC2020 decisions?” and “What will our pastor do in response to GC2020 decisions?” Unless a pastor started the church, has been in place over a decade or is enjoying a near perfect fit; these will be two considerations with two very different sets of implications, not one.

In softball, you never know where the ball will be hit so you have to anticipate all possibilities. Anything could happen. Clearly the UM Church is at a tipping point; there is no end in sight concerning the conflict and the status quo is unsustainable. It is a good time to practice situational awareness.

In the meantime, I would encourage churches and pastors to ask themselves some very specific questions:

These are difficult questions that anticipate a number of outcomes and grapple with a number of responses. Churches and pastors, even of the same theological ilk, will posit in different places. I encourage everyone to be as proactive as possible on one hand and to carefully “think things through” on the other. A failure to plan for what could happen now will almost certainly be a leadership mistake later. Having informed, prayerful and non-anxious conversations with your church leadership right now will prevent pandemic fear in the present and knee-jerk responses in the near future.

Ready or not, GC2020 will be here in a minute and a half. The field is lined, the opposing teams are warming up, the umpires are discussing the rules, coaches are going over the game plan and players are already trash talking. The first pitch will soon be thrown. Like softball, you never know where the ball will be hit; you just have to know what you are going to do.

Shane L. Bishop, a Distinguished Evangelist of the United Methodist Church, has been the Senior Pastor of Christ Church in Fairview Heights, Illinois, since 1997. This guest commentary is reposted by permission.