Why do so many bishops support the One Church Plan? 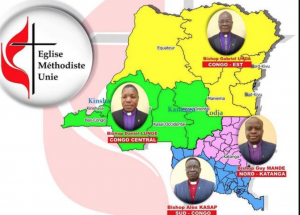 The Council of Bishops received the report and voted for one of those options, “The One Church Plan,” based on the current majority group within the Council. The Council then tried to severely limit other legislative proposals at General Conference to that one option. The Judicial Council ruled that the Council could not limit the proposals sent to the called General Conference. All three plans are coming before a special session of general conference in February in St. Louis.

Now we are witnessing a high level of activity designed to sway the General Conference decision toward the “One Church Plan.” Bishops, progressive groups, and individuals are campaigning based on the recommendation of the One Church Plan by the Council of Bishops, voted in by the Council’s current controlling majority group.

To illustrate this point, for example, there are now more United Methodists in the Congo Central Conference (only one of three central conferences in Africa) than in the Western, North Central, and Northeastern jurisdictions combined. But these three liberal-leaning U.S. jurisdictions now have a total of 23 bishops, compared to four Congolese bishops. 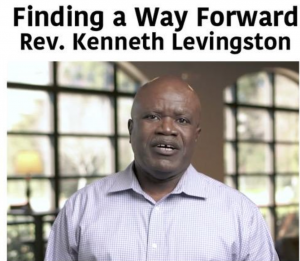 The number and distribution of bishops is the result of our historical pattern of church membership and the original establishment of Episcopal areas. Over time, as the northern and the western parts of the U.S. church declined, the Discipline slowed their losses of bishops. (The number of bishops has been reduced in recent years in these areas, but not by much as their membership decrease would have dictated.)

At the same time, we were very slow in increasing bishops in rapidly growing areas. The growing areas of Africa are woefully understaffed with bishops and our church has been reluctant to spend the money to increase that number. (Africa is finally getting several new bishops in the coming years, but not as many as could be justified by membership.)

Interestingly, when the Discipline was changed to establish the current formula for U.S. bishops (by a far more generous standard than that used for African bishops), the Southeastern Jurisdiction could have added another bishop but declined.

The election of bishops is a very political process. The Northeastern, North Central, and Western Jurisdictions elect mostly liberal bishops, with a few exceptions. The Southeastern Jurisdiction and South Central Jurisdiction have elected an ideologically diverse group over the years.

The result of all of this history of the deployment of bishops is that the Council of Bishops is an unrepresentative group dominated by older declining areas and therefore more liberal than the General Conference or the denomination as a whole.

Presently this is the way U.S. bishops are assigned: each U.S. jurisdiction may elect five bishops for the first 300,000 members and another bishop for each 300,000 additional members.

However, consider an alternative way of looking at the number of bishops. Each bishop in the U.S. represents an average of 153,789 church members. If the church allocated bishops by this number, the distribution of the Council of Bishops would be as follows:

North Central Jurisdiction: 8 bishops instead of 9

Northeastern Jurisdiction: 8 bishops instead of 9

South Central Jurisdiction: 11 bishops instead of 10

Southeastern Jurisdiction: 18 bishops instead of 13

Western Jurisdiction: 2 bishops instead of 5

African Central Conferences: 34 bishops instead of 13

The Europe Central Conferences and Philippines: 1 each instead of 3 each

In our present Council of Bishops, it is easy to see why liberal areas of the church dominate and why the Council recommended the “One Church Plan.” If there were 29 bishops in the SE and SC Jurisdictions, 34 bishops in Africa, and only 18 bishops in the North and West, wouldn’t the recommendation have been very different?

Delegates to General Conference 2019 should consider the recommendation of the “One Church Plan” by the Council of Bishops from the perspective of the unrepresentative make-up of the Council.

We respect our bishops and the office of the Episcopacy. We listen to them and honor their crucial work within the church. However, in recommending the One Church Plan the Council of Bishops is presenting the ideological representation of a majority group in the Council, not a vision of a way forward for the whole church.

Rev. Robert Sparkman is an ordained United Methodist clergyperson in the North Alabama Annual Conference and the Senior Pastor of Latham United Methodist Church in Huntsville, Alabama. He has been a delegate to three General Conferences and a reserve to three. He was active with the group of church leaders that studied, proposed, and passed legislation to provide fairer representation of growing areas to General Conference and on boards and agencies. He was the convener and moderator of that group for eight years. A version of this article originally ran in the Juicy Ecumenism blog UM Voices and is reprinted by permission.