Editing out the Hard Verses 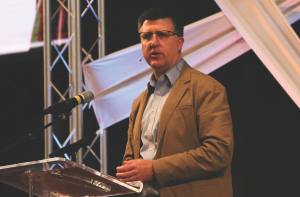 The idea that there are parts of the biblical canon that we need to disregard is nothing new. It’s a theme we’ve seen again and again through Christian history. And every time it’s been a mistake.

I get it, though. I understand the impulse to act like those parts of the Bible we don’t like or we don’t know what to do with just don’t count. There are some parts of the Bible, after all, that are really cutting against the grain of the world we live in today. Conventional wisdom tells us that these ideas are out of date. They just don’t work. We know a better way. You know what passages I’m talking about, right?

Passages like: “Love your enemies, and pray for those who persecute you” (Matthew 5:44) or “Do not repay anyone evil for evil, but take thought for what is noble in the sight of all” (Romans 12:17) or “Blessed are the meek, for they will inherit the earth” (Matthew 5:5).

I mean, how culturally out of step do you have to be? Isn’t that absurd? How can we believe that today? It was probably okay for people in the ancient world, but…  well… back then they didn’t have … (insert here the political party you don’t like). Those people deserve whatever nastiness they get.

You see, those passages are hard for me – passages about loving our enemies and meekness. Those aren’t my defaults. It sure would be easier if Scripture really wasn’t authoritative, or we were free to get rid of the parts we wanted. But we aren’t. The very reason we need a canon – a rule or measuring rod – is that we are prone to go astray, and we need the revelation of God to guide us.

I don’t know what the future holds for the United Methodist Church. Things are pretty messed up. And in the midst of all of this controversy, in the midst of all of this deep disagreement, the Bible forces me to remember that the people I disagree with, people I may get really mad at, are so important to God that Christ died for them. And in those times when I’ve tried to hurt the people who hurt me, when I’ve returned evil for evil, when I haven’t shown meekness, but succumbed to pride or anger – Scripture calls me to confess my sin and repent.