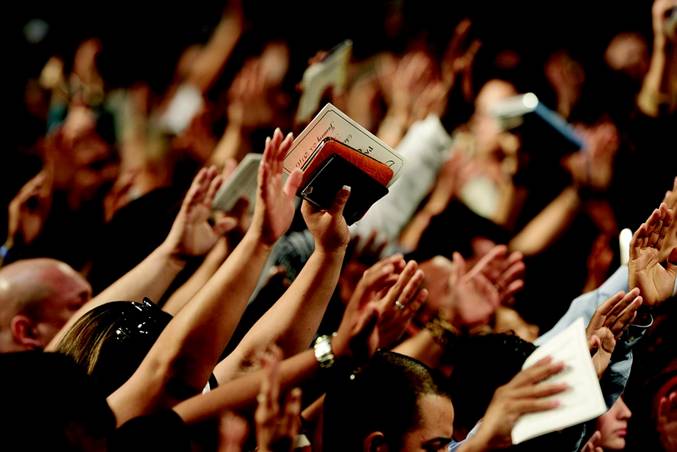 When turning to the United States, the picture is more grim. Overall, the U.S. church lost 319,000 members. This represents 4.3 percent of its membership. There was only one annual conference that grew over the four years, and every jurisdiction lost members. Here are the statistics by jurisdiction:

The northern jurisdictions are not far behind when it comes to membership loss. They have a much higher membership level to start with, so the impact will not be felt as quickly. However, these figures have implications for the number of bishops in each of the northern jurisdictions. According to the formula in ¶ 404 of the Discipline, both jurisdictions are now entitled to eight bishops. However, both have nine active bishops currently. The 2016 General Conference froze the number of bishops because of the Commission on a Way Forward and its possible implications for restructuring the church. If the church is not restructured, however, it is likely that each jurisdiction will lose a bishop in 2020. (Of course, if there is a substantial exodus of members from the church after the 2019 General Conference, all jurisdictions may face the loss of one or more bishops.)While it had the smallest membership loss in numbers, the Western Jurisdiction lost the highest percentage of its membership. As has been noted for a number of years, this pace of membership loss is unsustainable in the West. Annual conferences are looking at consolidation/merger. There may come a time when the number of bishops in the West will need to be reduced below the constitutionally mandated number of five. Or the Western Jurisdiction may need to be folded into other jurisdictions. A study committee is looking at jurisdictional realignment, but all such plans are on hold until the 2019 General Conference decides what will be our denomination’s “way forward.”

Also in imminent danger of losing a bishop is the South Central Jurisdiction. Based on the formula, the SCJ has only 2,100 members more than the threshold for losing one of its ten bishops. If 2017 numbers are used to determine the number of bishops, it is possible for the SCJ to lose a bishop in 2020. But it will undoubtedly lose one bishop by 2024. The Southeastern Jurisdiction is not in danger of losing a bishop, as they voluntarily declined to add a bishop to which they were entitled several quadrenniums ago.

The only annual conference showing growth for the four years 2012-2016 was the North Carolina Annual Conference, which gained 76 members (statistically, less than 0.1 percent growth). Five other annual conferences declined by less than one percent:

By comparison, there were six annual conferences that lost more than 10 percent of their members from 2012-2016.

Three of these six fastest-declining conferences are in the Western Jurisdiction, two in the North Central, and one in the Northeastern. These declines could have devastating impact on some of the annual conferences involved. Yellowstone is the smallest non-missionary annual conference, with only 11,000 members. It is planning a merger with the Rocky Mountain Annual Conference over the next few years. Desert Southwest has only 31,000 members, while Pacific Northwest has just over 40,000 members and may explore a merger with the Oregon-Idaho Annual Conference (which itself only has just over 25,000 members). Wisconsin has 65,000 members, but may need to share a bishop (relinquishing its own residential bishop) with another annual conference beginning in 2020. Both Upper New York and West Ohio are much larger annual conferences, with almost 140,000 and almost 169,000 members respectively. They will not be as heavily impacted by loss of members in the near term.

The declines in all these conferences, however, are representative of why their respective jurisdictions are experiencing serious membership declines. It is worth noting that all six annual conferences are located in primarily rural areas. However, Washington State, Idaho, Nevada, and Arizona rank in the top ten states for population growth since 2010. Montana ranks in the top 20. (Pacific Northwest contains Washington State and part of Idaho, Yellowstone contains Montana and part of Wyoming, and Desert Southwest contains Arizona and part of Nevada.) Wisconsin and Ohio are 39th and 41st in population growth, while New York is 33rd, so that could have played a part in the membership declines in those areas.

Regardless of how fast or slow the population is declining in a given area, recent surveys have shown a surge in the number of unchurched people. The mission field in the United States has plenty of opportunity for harvest! Our church needs to find creative and faithful ways of making more disciples of Jesus Christ. Their eternity, not to mention the future of our church, depends upon it.