A Plan Drawn in Blood 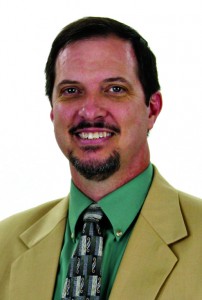 The nation of Liberia has had its share of challenges in recent decades. The brutal civil war led by Charles Taylor and his subsequent rule dominated the 1990s until he was removed in 2003. More than 300,000 Liberians lost their lives during those years. The nation was still trying to rebuild when it again was in the headlines in 2014 in the wake of the Ebola outbreak. Ebola claimed the lives of nearly 5,000 people and devastated the country and its social institutions.

One of those affected by the Ebola outbreak was the family of the Rev. Isaac Wheigar. Isaac and his wife, Precious, had four living children. A son had been lost to sickle cell anemia as a baby before the condition had been identified in the family. Two others of their children were also diagnosed with the condition, which can be managed with medical care. In August 2014 their eldest son, Ike, experienced an episode that required hospital care, but the hospitals were closed due to Ebola and Ike tragically passed away at only 17 years old before he could receive treatment that normally would have been readily available. Even as Isaac and Precious grieved Ike’s death, they were deeply concerned for their eight-year old daughter, Yeato, who also had the sickle cell condition.

Having served 10 years as superintendent of the Wesleyan Church in Liberia, in 2012 Isaac was selected to be general secretary of the Association of Evangelicals of Liberia. In this role, his team had developed a vision entitled EXPO Liberia 2020 to plant 10,000 churches by the year 2020. The vision invited all church traditions to join the effort through church multiplication. But then came Ebola and their personal loss and the vision had to be set aside.

Through a miraculous series of divine appointments with people who were in Liberia to assist during the Ebola crisis, the Wheigars were invited to come to the United States for Yeato to receive treatment at the Emory Medical Center. While in Atlanta, Isaac and Precious were introduced to the staff of TMS Global where Isaac now serves as a consultant on African partnerships. Isaac’s work in leading an indigenous church association and developing a national church planting movement have made him an expert in addressing issues of unhealthy dependency and sustainability in church growth.

After two years of getting his family stabilized in the Atlanta area, Isaac’s and Precious’s gaze is again on Liberia. While he is grateful for the care Yeato receives at Emory, he is eager to re-engage the vision for church planting and development in Liberia, now needed more than ever. He has put together a roadmap for moving forward. The effort will begin in Liberia, but move across borders into Ivory Coast, Sierra Leone, and Guinea. This area, also known as the Mano River region, includes many areas that have had limited access to the gospel. The vision is to do church planting through church multiplication.

Working with Isaac is consistent with TMS Global’s desire to work alongside capable, indigenous leaders. We believe that this is a kairos opportunity to impact an area where there is great need and great opportunity for kingdom engagement. It is an opportunity for churches in the United States through prayer, support, and onsite visits to be part of a vision that is locally developed, well-led and long-lasting, and which will impact the region deeply spiritually, socially, and physically.

In 2006, The New York Times ran an article entitled “A Master Plan Drawn in Blood.” The article described the brutal plan of Charles Taylor that began with a small band of guerilla fighters who, using terror, recruited increasing numbers toward his vision to destabilize and brutalize the entire Mano River region. Isaac said, “Here is a man serving evil using the blood of men. He succeeded for a time. What if we drew up a plan to reverse this evil vision, still drawn in blood, but drawn using the blood of the Lamb? We will recruit people to build families instead of destroying them, to educate children instead of their being child soldiers, to use the blood of the Lamb to reverse the kingdom of darkness.”

Jim Ramsay is the vice president for global engagement at TMS Global. To learn more about Isaac’s vision, Jim can be reached at jramsay@tms-global.org