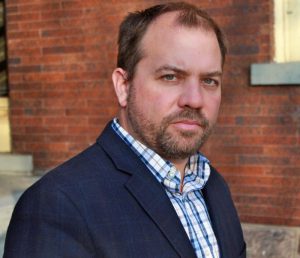 James K. A. Smith, professor of philosophy at Calvin College, has recently sparked a healthy conversation about how the word “orthodox” (literally, “right belief”) is used these days, particularly when it is interjected into the volatile conversation regarding the church’s sexual ethics.

Smith pointedly expressed a concern shared by people across the theological spectrum:

“If the adjective ‘orthodox’ is untethered from [Christianity’s historic creedal confessions (e.g., the Apostles’ and Nicene Creeds and the great councils of the early church) that are rooted in Scripture], it quickly becomes a cheap epithet we idiosyncratically attach to views and positions in order to write off those we disagree with as ‘heretics’ and unbelievers.”

Ultimately, for Smith, it is a mistake to assume that just because a Christian affirms or allows for same-sex marriage or the practice of homosexuality, he or she is an unorthodox Christian believer. 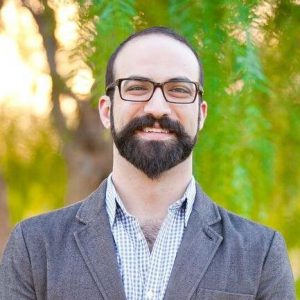 Smith acknowledges that such affirmations cut against the grain of historical Christianity’s understanding of marriage and its sexual ethics, but argues labeling the affirmations “unorthodox” is to confuse the church’s core theological teachings with its ethics. And, as he rightly points out, the great creeds and councils of the church do not venture into a whole host of ethical issues.

His argument is not an attempt to legitimize same-sex marriage or a call to liberalize the church’s sexual ethics, but to caution that a careless use of the term “orthodox” runs the risk of applying it to issues that were never defined as orthodox or unorthodox in the first place.

Again, Smith’s essay is well worth a close read and due consideration. At a minimum, he challenges us to think about the historic understanding of the term and when it is or is not appropriate to use it.

Rishmawy is grateful for Smith’s essays and he acknowledges:

“The matter of sexuality and gender is one of the most controversial questions facing the church today. The conversations are inevitable and necessary, and we must not shirk them. Nor can we take them lightly. As Smith says, how we have these conversations matters. We need to conduct them with the love, grace, charity, and the courage of those whose lives are marked by the confession of God’s forgiveness.”

However, Rishmawy wonders if Smith has drawn too sharp a division between the church’s orthodox beliefs and its ethical standards. He says the church is presently contending with “current movements to normalize and sanction behaviors… that have been scandalous to it for 2,000 years.” So he writes:

“It doesn’t seem that the focus on sexual immorality is out of place, considering the focus it was given in the life of the early church. Consider the first church council, in Jerusalem (Acts 15). One of the first rules the apostles laid down for the Gentiles, in order that they be seen as Christians in good standing, was to abstain from ‘sexual immorality,’ a term which, in first-century Judaism, was largely informed by Leviticus 18, including its proscription of same-sex intercourse. This indicates just how central sexual ethics was to the practice and understanding of the gospel in the first century.

“Similarly, this focus continues in the writings of the Fathers. In fact, the Councils themselves had various canons attached to them which included much moral and ethical instruction beyond the specific definitions and creeds usually associated with them.”

For Rishmawy, an overly drawn distinction between the church’s ethics and its core theological confessions runs the risk of reducing some of its ethical standards to a simple matter of choice, with the assumption that they are not core to who we are as Christ followers. “Let me put it is this way,” he writes:

Both essays remind us how important it is for the church, from the sermon to the Sunday school class to the mission project, to constantly explore the nexus between our doctrine and the daily practice of our faith.