Redeemed by Death and Resurrection 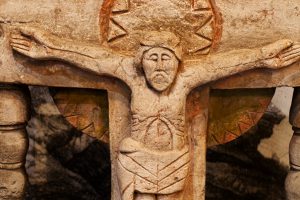 “God accepts (or loves) you just as you are” has been one of the most frequently used slogans in the church of our day. It has been uttered frequently enough to almost qualify as Scripture, and is often offered up as the essence of the gospel.

But what exactly is meant by acceptance? What is the love of God in its fullest dimensions?

The “just as I am” language was strongly reinforced in the twentieth century by the powerful hymn that Billy Graham always used for his altar calls, “Just as I Am.” The words of the hymn, however, contain something rather more than what is understood by the phrase in general use today.

This specific reference to the blood of Christ puts the phrase “just as I am” in a rather more challenging context. In the hymn, the hospitality — the welcome — of God is indeed extended to the “poor, wretched, blind” sinner, conscious of “fightings and fears within, without,” but always within the confession of Christ crucified. Thus the divine welcome already carries with it the implicit presence of righteous judgment. The crucifixion of Christ is incomprehensible unless we understand it in the context of divine justice. When we are reminded that God’s justice and God’s righteousness are the same thing (dikaiosyne), we can see that there is something more involved here than mere acceptance — or, as we might say today, mere “tolerance.” There is a limit to what can be accepted or tolerated, even by flawed human beings, let alone by God. Something has to be made right, justified, rectified (dikaiosis).

A declaration of amnesty does not solve the problem of guilt. Something must be done to rectify the situation in order for justice to be served and redemption achieved, something “commensurate with the crime.” We may extrapolate from this something not entirely unlike what Anselm, [noted philosopher and theologian (1033-1109)], means by “satisfaction” — not in his scholastic, schematic terms, but throwing a spotlight on the correspondence between the ponderis peccatum (weight, or gravity, of sin) and the nature of Christ’s gruesome death. 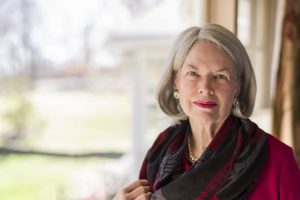 Even more than this, however, is the promise of a complete transformation of human nature by Christ’s victory over the Power of Sin. “Acceptance” is the least of it. Any serious reading of the Old Testament must point to an understanding of God, not superseded, which cannot benignly coexist with us in our condition under Sin. The distinguished writer Julian Green, the first American ever to be elected to the Académie Française, was a devout Roman Catholic. At the age of ninety, he spoke of aspects of his earlier life as a sort of crucifixion, and told an interviewer that “he could now, after a long struggle, await death with serenity.” He was looking forward, he said, “to standing before God … finally to know exactly who I am, free of all the illusions, the little lies, knowing I am going to purgatory, and knowing I will be very happy.”

We don’t have to believe in a detailed medieval version of Purgatory to respond to this. The essential idea is present in the final, climactic book of the Old Testament; like the corrupt sons of Levi, we will all pass through the refiner’s fire: “But who can endure the day of his coming, and who can stand when he appears? For he is like a refiner’s fire and like fullers’ soap; he will sit as a refiner and purifier of silver, and he will purify the sons of Levi and refine them like gold and silver, till they present right offerings to the Lord. Then the offering of Judah and Jerusalem will be pleasing to the Lord” (Malachi 3:2-4).

The placing of Malachi at the end of the Christian Old Testament was a potent move by the early Christian church. The Tanak (Hebrew Scriptures) closes with the Wisdom literature (the Writings), but the Old Testament was shaped in an apocalyptic direction, so that it ends not with the Writings but with the Prophets and, in the very last two verses, “the great and terrible day of the Lord” (Malachi 4:5). The final words of the Old Testament are in the form of promise, though not without a potent reminder of the curse that lies over God’s people. These verses undercut any notion that the human predicament can be resolved by mere “acceptance.” Instead, there is creation ex nihilo, the resurrection of the dead.

The righteousness of God, the dikaiosyne theou, burst forth from the tomb on the day of the resurrection of the Redeemer. “As in Adam all die, even so in Christ shall all be made alive.” The human race is redeemed, not by “acceptance,” but by death and resurrection. This is the fullness of the message of Easter Day.

Fleming Rutledge was one of the first women ordained as an Episcopal priest. She is an author, lecturer, and teacher of other preachers. Her published sermon collections, including And God Spoke to Abraham: Preaching from the Old Testament, have received acclaim across denominational lines. This excerpt is from The Crucifixion: Understanding the Death of Jesus Christ. Reprinted by permission of Eerdmans Publishing.