Mortals and the Divine 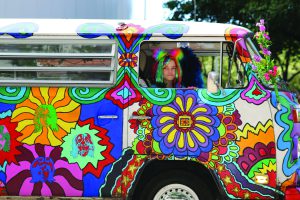 As cultural mavens are more than aware, this is the 50th anniversary of the infamous Summer of Love when the hippie counterculture christened its fashions, ideals, art, and music. The pilgrimage of the Flower Children to Haight-Ashbury was an attempt to create a fleeting utopia, a chance to experiment with drugs, and an opportunity to dabble in “free love” – a co-ed sleepover without the parents.

When asked to reflect back on what he believed in the ’60s, satirist P.J. O’Rourke responded, “Everything. You name it and I believed it. I believed love was all you need… I believed drugs could make you a better person. I believed I could hitchhike to California with thirty-five cents and people would be glad to feed me… I believed the world was about to end. I believed the Age of Aquarius was about to happen… I managed to believe Gandhi and H. Rap Brown at the same time. With the exception of anything my parents said, I believed everything.”

This was also the summer when the Beatles unveiled Sgt. Pepper’s Lonely Hearts Club Band. With its psychedelic vibe, Indian influences, funky cover art, and wink-and-nod references to drug use, it was a fitting soundtrack for the scene. This was an era of provocative new thinking, troubling for some and liberating for others.

“In some ways the hippie generation appeared to be overturning generations of Christian morality and in other ways they were overturning a soulless secularism and arguing for truth, beauty, and justice,” Steve Turner, acclaimed British poet and author of Beatles ’66: The Revolutionary Year, recently told me. “Unpacking what happened is a difficult task. Anyone who says it was all bad is wrong. Anyone who says it was all good is wrong.”

From my perspective, I’m more than mildly intrigued by the Summer of Love because I’m a Cold War kid – raised as a punk rocker during the Reagan era on The Clash, Blondie, U2, The Ramones, and The Stray Cats. My generation had its own ideals but it was notably not expressed with saffron robes and sitar music. Despite being on a different side of the generational and cultural divide, I will always be a Beatles fan and have a soft spot in my heart for the ’60s. Despite their sometimes justifiable bad rap, the hippies may have ultimately been in search of spiritual transcendence.

“The rock ‘n’ roll bands are the philosopher-poets of the new religion,” wrote Timothy Leary, a 1960s cultural ringleader. “Their beat is the pulse of the future. The message from Liverpool is the Newest Testament, chanted by four Evangelists — saints John, Paul, George, and Ringo. Pure Vedanta, divine revelation, gentle, tender irony at the insanities of war and politics, sorrowful lament for the bourgeois loneliness, delicate hymns of glory to God.”

Of course, Leary was known for his hallucinogenic hyperbole while tripping on LSD. He is also the one who advocated, “Turn on, tune in, and drop out.” Nevertheless, his devotional verbiage was indicative of a Flower Power generation that perceived spiritual vibrancy in rock ’n’ roll, and viewed the church as flaccid and anemic. This was most inelegantly and bluntly stated by John Lennon: “We’re more popular than Jesus now; I don’t now which will go first – rock ‘n’ roll or Christianity.”

Those ended up being fighting words to the agitated and alarmed faithful. Instead of engaging the prickly comments or turning the other cheek, some American fans doused their Beatles albums in kerosene and scorched them. Others sent death threats in purple crayon while the Ku Klux Klan nailed Beatles albums to burning crosses.

In trying to clarify his position, Lennon said, “Originally I was pointing out the fact with reference to England – that we meant more to kids at that time than Jesus did.” Who could argue with that? In one of his previous books, The Gospel According to the Beatles, Turner underpins Lennon’s point: “Members of this generation could have quoted more Beatles lyrics than they could Hymns Ancient and Modern and would know more about John the Beatle than John the Baptist, more about Paul of Allerton than Paul of Tarsus.”

As the Beatles would soon discover, fame and fortune were often vacuous taskmasters. At a later time in Lennon’s life he addictively found himself watching popular television preachers in search of answers. It was reported that Lennon sent a fascinating letter to the Rev. Oral Roberts in 1972, regretting having said that the Beatles were more popular than Jesus and confessing that he took drugs because he feared reality. Additionally, he quoted the famous lyrics “money can’t buy me love” and sent a donation.

“It’s true. The point is this, I want happiness,” read the letter to Roberts. “I don’t want to keep on with drugs… Explain to me what Christianity can do for me. Is it phony? Can He love me? I want out of hell.” 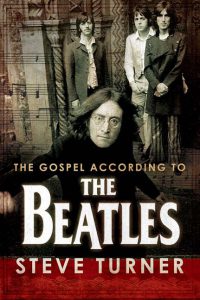 In the midst of a thoughtful and lengthy response, Roberts wrote, “What I want to say … is that Jesus, the true reality, is not hard to face. He said, ‘Come unto me all ye that labor and are heavy laden, and I will give you rest … For my yoke is easy, and my burden is light.’”

Despite the letters exchanged between the rock star and the TV preacher, Lennon’s restless journey eventually led him to embrace philosophies and beliefs that were all over the map.

“You could rattle human authority by growing your hair long, but you couldn’t conquer your inner demons in the same way,” observed Turner. “To ‘change your head,’ as John referred to it in [the song] ‘Revolution,’ required something much more radical.”

Few movements within American Christianity were more radical than the long haired, barefooted hippies getting high on Jesus, revolutionizing church music, tuning into verse-by-verse Bible study, enthusiastically sharing their faith, and being baptized by the thousands in the Pacific Ocean during the Jesus Movement after the Summer of Love.

Looking back 50 years, perhaps that was at least what some of the hippies were trying to discover during that season — something much more radical, a true reality, a change of heart, a touch from God. In hindsight, it’s not such a bad quest.