A Peek Behind the Curtain 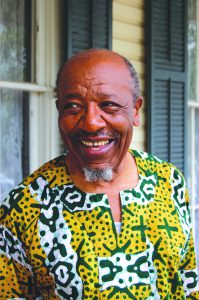 “I looked, and behold, a great multitude which no one could count, from every nation and all tribes and peoples and tongues, standing before the throne and before the Lamb, clothed in white robes, and palm branches were in their hands; and they cry out with a loud voice, saying, ‘Salvation to our God who sits on the throne, and to the Lamb.’” (Revelation 7:9-10 NASB)

In John’s vision of the kingdom of God we are presented with a very diverse picture of its citizens. The worshippers come from every race, every language, every nation. Far from monochromatic, the kingdom of Heaven is an undoing of Babel, a breaking of barriers, the unification of Christ’s body. But when we look at our churches today, at our congregations, what do we see? Though in many ways the church has taken great strides against racism, the after effects of old structures and mindsets remain like fingerprints on a mirror. As Christians, we are called to take a sober look at these things. Racial reconciliation is hard, but thankfully, many have undertaken to aid the church in this difficult journey. The following books are helpful perspectives for this conversation. Each voice is different and offers its own unique angle.

Holding Up Your Corner

For situations fraught with sensitivity, practical guidance is essential. In Holding up Your Corner, the Rev. F. Willis Johnson, a United Methodist pastor, provides wisdom and insight. Offering helpful definitions and sober advice that is practical rather than preachy, this book equips leaders and readers to approach racial reconciliation with grace. Through his accounts of the racial strife in Ferguson, Missouri, and similar events, Johnson gives his audience the unique experience of seeing the world through his eyes. 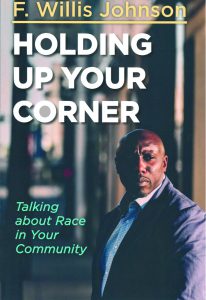 “Once we have acknowledged someone’s humanity, we can move on to affirmation – respecting their humanity,” Johnson writes. “Hear this: affirmation is neither an act of complicity nor condemnation. Affirming someone’s experience – their humanity in their own experience – does not mean you approve their ideology or behavior. We can love people without agreeing with them. That bears repeating: we can love people without agreeing with them. In the words of Howard Thurman, ‘Hatred does not empower, it decays. Only through self-love and love for one another can God’s justice prevail.’ In short, affirmation is a willingness to emphasize our interdependence and commonality over our difference.”

Holding up Your Corner is carefully rooted in the scriptural idea of balancing both justice and mercy, truth and grace, the practical and prophetic. It reaches out with gentleness and humility that challenges the reader in such a way as to promote conversation rather than dampen it. Johnson’s humble way of engaging his audience invites engagement rather than shutting it down. This book is a desperately needed guide through the difficult terrain that the church now faces in regard to loving the “other.”

Unashamed, the autobiography of mega-star Christian rapper, Lecrae, holds as its central concept the need for acceptance. From the first page, the writing conveys the painful sting of rejection. The reader can’t help but wince through the author’s childhood abandonment issues and heartache, then rejoice at the acceptance found in Christ. Yet Lecrae offers a starkly honest picture of his conversion and doesn’t shy from sharing his struggles with sanctification. 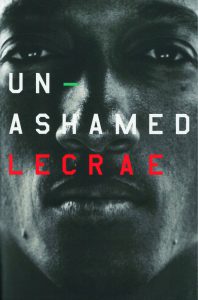 As a poetic artist, Lecrae makes a distinction between a “Pastor Rapper” and that of a “lamenter” – a passionate expression of grief or sorrow that is an outgrowth of his youth and the abandonment he felt. When he was free from trying to preach like a “Pastor Rapper,” Lecrae felt the words and rhythms flow when he allowed himself to be vulnerable and honest about his own battles.

Lecrae describes his unique position within the industry and how it provides him with the opportunity to reach people others might not be able to. He writes: “Operating as a ‘Pastor Rapper’ was hard work for me because it wasn’t playing to my strengths. Rather than letting the music pour out of me when the inspiration came, I would spend hours studying beforehand … Being theologically educated is a great thing. And using music to explicitly express theology is needed. But I mistakenly believed it was the only way to make music. On the rare occasion, however, I would let go and let the ‘lamenter’ in me come out. When I did – when I let Lecrae just be Lecrae – it would spark magic… Rather than make myself the winner, I allowed myself to be the loser… People wrote to say how much that song impacted them because it was real and vulnerable. And this was one of the first moments I began to wonder if maybe God was calling me to make a shift in my music and begin producing new songs that were truer to how I was naturally made.”

Centered around a specific event, Who Lynched Willie Earle approaches the issue of race from a historical standpoint. Bishop Will Willimon creatively reimagines Pastor Hawley Lynn’s thought process leading up to his sermon condemning the lynching of a black man accused, but not convicted, of murder. Pastor Lynn confronted his own congregation with the mindset he believed led to the lynching, the deeply ingrained attitudes that allowed the mob to pervert “democratic justice” and execute Willie Earle. 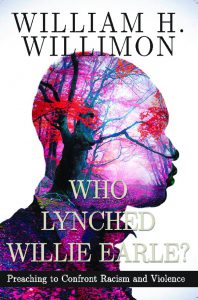 Willimon, prolific author and retired United Methodist bishop, proceeds to analyze the sermon. Not only does he take into consideration the history of America, but also connects this with Israel, the Gentiles, and the kingdom of God. Willimon also points out Pastor Hawley’s own blind spots, in which he failed to address systemic, institutional racism. In this, Willimon says, the church was able to “disassociate themselves from the sin and to bolster their confidence in Jim Crow.” In spite of his failings, Willimon calls Pastor Hawley’s sermon “heroic homiletics”.

“Though these sociological and historical facts about racism are significant, race is a specifically Christian problem because of the God we are attempting to worship and to obey,” Willimon writes. “In the gospel, we are given the means to be color-courageous, to talk about matters our culture would rather keep silent. That you have persevered this far in this book suggests you are exercising a bravery that is not self-derived. Paul says that, in God’s realm, Jews and Greeks, slave and free, ‘You all are one in Jesus Christ’ (Galatians 3:28). It is a baptismal call, not for color-blindness or arguing that gender or race are inconsequential, but rather a theological affirmation that Jesus Christ enables a new eschatological community where conventional, worldly signifiers don’t mean what they meant in the kingdoms of this world.”

Dream with Me: Race, Love, and the Struggle We Must Win

Like Unashamed, Dr. John Perkins’ approach is extremely personal and humble. In spite of this, he does not shy away from calling out injustice and racism. Quoting Frederick Douglas and sighting the stark reality of his own experience with segregation, Perkins focuses on the “walls that have kept black people and white people apart, even in places where we had so much in common.” 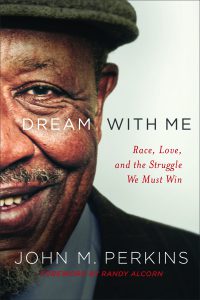 “Anyone who knows my story would expect this book to ooze with justice issues. After all, the pain caused by injustice has motivated me to spend a lifetime working for social change on behalf of widows, prisoners, the poor, and anyone who struggles,” writes Perkins, the civil rights veteran who has led the Voice of Calvary Ministries in Jackson, Mississippi, since 1975. “So how did someone who has experienced the anguish of poverty, racism, and oppression end up wanting to write a book about love as his climactic message? Good question… I’ve come to understand that true justice is wrapped up in love. God loves justice and wants His people to seek justice (Psalms 11 and Micah 6:8). But I’ve come to understand that true justice is wrapped up in love. The old-time preacher and prophet A.W. Tozer had a way of making the most profound truths simple and palatable. He once said, ‘God is love, and just as God is love, God is justice.’ That’s it! God’s love and justice come together in the redemptive work of Jesus Christ, and we can’t be about one and not the other. They’re inextricably connected.”

Perkins takes a strong look at motivation. By keeping in mind questions about his own choices, he tempers his assessment with a great deal of grace and mercy. Perkins challenges parents to be mindful of the way that education choices may have a positive or negative effect on black children in public schools. Additionally, he asserts that integrating our churches is at the very heart of the gospel, the very heart of 2 Corinthians 5:19.

If we want to work toward racial reconciliation in a country that desperately needs it, if we desire to share the love of Christ with all nations, we must take steps to build empathy for our brothers and sisters. The books on this list are testimonies, a mere peek behind the curtain, but they may also serve as first steps. Ultimately, God alone through Jesus Christ can accomplish this. Racism, comparison, pride, arrogance, greed all root deep down in the hearts of man. But thanks be to God that he does not leave us in this sad state!