Concurring and Dissenting Opinion of W. Warren Plowden Jr., Member of the Judicial Council of The United Methodist Church 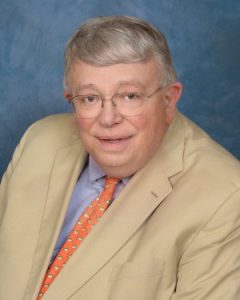 The General Conference undertook to give the Council additional powers and duties when it enacted ¶ 2610 of The Discipline of the United Methodist Church 2012 (“The Discipline”). ¶ 2610.1 gives us “jurisdiction to make a ruling in the nature of a declaratory decision as to the constitutionality, meaning, application, or effect of the Discipline or any part thereof or of any act of legislation of a General Conference . . . .”

Par. 2610.2 then lists ten bodies which are authorized to make such a petition for a declaratory decision. One of these is a jurisdictional conference:

Although, bishops are nominated, elected, certified and consecrated within a jurisdictional conference, such nominations, elections and consecrations are for the whole church. Bishops are elders whose ordination is recognized throughout the connection; such recognition allows that person to serve anywhere in the global church. See JCD 1321. Moreover, elders who are elected to the Episcopal office of bishop are elected for the entire church and are eligible to serve within the confines of any jurisdiction. See Discipline ¶¶ 49, 422.1.

Consecration is a connectional and covenantal act done by and for The United Methodist Church. It is an act of the church, not the jurisdictional conference where it takes place. The service of consecration is an act of the whole church. An elder who is elected and consecrated is a bishop for the entire Church, not just the jurisdictional or central conference which elected and consecrated him or her.

I therefore concur with the conclusion reached by the majority that we have jurisdiction to entertain the petition from the South Central Jurisdiction which asserts that the Western Jurisdiction negated, ignored and violated provisions of The Discipline when it elected and consecrated Karen Oliveto as a bishop of the Church.

On October 1, 2014, Robin Ridenour and Karen Oliveto were married in the City of San Francisco by Reverend Angela Brown as recorded in a License and Certificate of Marriage, Local License Number 4301438008559 issued by the City and County of San Francisco. The Respondent conceded at oral argument that this was a same-sex marriage that has not been dissolved.

The fact of this marriage and that Karen Oliveto has entered into a homosexual union was not news to the Western Jurisdiction when it met in Scottsdale, Arizona beginning on July 13, 2016. During Plenary Session 4 on July 14 , the First Elected Delegates from the conferences making up the Western Jurisdiction issued a call for a Closed Combined Delegation Meeting to have a conversation about the possibility of electing an openly gay or lesbian clergy person to the episcopacy.

After opening statements about confidentiality—asking attendees to refrain from recording or posting information from the session—three questions were discussed in groups at tables:

Responses to the questions were summarized by table and reported to the conversation:

The overall sentiment was that we really want the best candidate for this time. We followed the question and reflection time with a brief discussion around “legal” implications of electing an openly gay or lesbian person to serve. (emphasis in original).

The balloting for the election of a bishop began on Friday morning, July 15. By Ballot #3 the field had been narrowed to seven candidates (Daily Proceedings, p. 28). The balloting continued throughout the day and into the evening when on Ballot #16 there were three candidates remaining. Dr. Oliveto led the voting on each of the ballots taken thus far. After Ballot #16, the other two remaining candidates withdrew their candidacies, and on Ballot #17 Dr. Oliveto was elected unanimously. (Daily Proceedings, pp. 35-36.

She then addressed Plenary Session 7:

Bishop-Elect Karen Oliveto gave a speech to the delegates of the Western Jurisdiction to remind us that we are moving in the right direction but we are not there yet. She asked the delegates, “Are we able?” and the delegates replied, “Yes we are able!” (emphasis added) (Daily Proceedings, p. 36.)

The Discipline is the law of the Church, which regulates every phase of the life and work of the Church. As such, annual conferences may not legally negate, ignore or violate the provisions of the Discipline with which they disagree, even when the disagreements are based upon conscientious objections to those provisions.

JCD 886. The Judicial Council applied the holding of JCD 886 to jurisdictional conferences in JCD 1250.

The election, certification, consecration and assignment of Karen Oliveto as a bishop of the church was accomplished solely by the ipse dixit of the delegates and leaders of the Western Jurisdiction. It negated, ignored and violated provisions of The Discipline and is null, void and of no effect resulting in the invalidation of Karen Oliveto’s episcopal office.