What Counts as Wesleyan Orthodoxy? 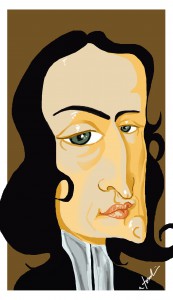 A friend’s invitation to preach outdoors had John Wesley worried: Could such sermonizing be a sin? While his concern might seem strange today, it made perfect sense in 18th-century England.

Less than a century earlier, Puritans had used field preaching to inflame the people who overthrew the country’s Anglican elite in England’s bloody civil war. By Wesley’s day, many Church of England dioceses had banned the practice.

Going outside church walls to save souls, even with peaceful intent, seemed rebellious and dangerous — certainly not something a respectable Anglican priest like Wesley should do. But after reflecting on Jesus’ Sermon on the Mount, Wesley determined outdoor preaching would put him in good company.

Field preaching became a key way that Wesley and others in his nascent movement preached “good news to the poor” and promoted Christian revival. He and other Methodist preachers even sometimes braved rocks thrown at them by angry villagers to share their gospel message.

Wesley was fully on board with Christian orthodoxy — that is, core Christian doctrines such as the Trinity and Christ’s resurrection. Where he differed from many fellow Anglicans was in his willingness to be “vile” and defy the conventions of his church to do what he saw as God’s will.

Today, as Wesley’s United Methodist followers wrestle with differences around homosexuality and biblical interpretation, an attendant debate has developed around who in the denomination are the true heirs of the Wesleyan way.

The truth is United Methodists across the theological spectrum have found much to admire about the reformer who both challenged his day’s limitations in ministry and held fast to traditional Christian teaching, even warning against “half-Christians.”

For Methodism’s founder, say Wesleyan scholars, orthodoxy was just the beginning of a faithful life.

“It’s not just about saying the creed — although that’s important — it’s about having an experiential faith,” said Ryan Danker, a Methodist studies professor at United Methodist Wesley Theological Seminary in Washington. He recently published Wesley and the Anglicans: Political Division in Early Evangelicalism.

“It’s about having a living, vital relationship with the God whom orthodoxy describes. With Wesley, the faith can never be static; it has to be dynamic.”

The creeds and Wesley

For as long as people have sought to follow Christ, they have argued about what that entails. For much of the early church, going back to Acts of the Apostles, people struggled with simply defining the basics of Christianity.

By the fourth century, a sort of consensus developed with the use of creeds. These included the Nicene Creed and the much shorter Apostles’ Creed, first used as a faith outline for Christian converts to recite during baptisms at Easter. Incidentally, the fourth century (367 A.D.) also marks the first declaration urging  the New Testament books be restricted to what we use today. Athanasius is the church father credited with developing the teachings in the Athanasian Creed, first on the scene in late fifth century, and helping to establish the canon.

When many Christians talk about Christian orthodoxy, it’s usually the ecumenical creeds they have in mind. Even the creeds didn’t entirely settle matters. By the 11th century, the pope had officially changed the widely used Nicene Creed to add the phrase “filioque,” Latin for “and the Son.” The change meant western Christians now declared the Holy Spirit “proceeds from the Father and the Son.”

Christian leaders in the East objected, and that friction contributed to Christianity’s first “Great Schism” in 1054 between the Catholic and Eastern Orthodox Church.

Nevertheless, he did include the Apostles’ Creed as part of the Methodist daily prayers and the baptismal liturgy.

The Rev. Randy L. Maddox, William Kellon Quick Professor of Wesleyan and Methodist Studies at United Methodist Duke Divinity School, said Wesley generally agreed with the creeds’ substance. However, Wesley “thought that in places they resorted to philosophical language that went beyond Scripture, and thus should not be required for belief.”

Maddox said that Wesley particularly objected to the Anthanasian Creed, which at points suggests that anyone who disagrees with its exact wording about the Trinity would be denied salvation. Wesley was not the sort to think a quibble over commas could separate people from the love of God.

In his own lifetime, Wesley took criticism for some of the things he said about orthodoxy. Controversially, he wrote in his “Plain Account of the People Called Methodists” (1748) “that orthodoxy, or right opinions, is, at best, but a very slender part of religion, if it can be allowed to be any part of it at all.”

Wesley goes on to write that true religion “is nothing short of or different from the mind that was in Christ, the image of God stamped upon the heart, inward righteousness attended with the peace of God and joy in the Holy Ghost.”

Maddox has written at length about Wesley’s thoughts about orthodoxy in his article “Opinion, Religion, and ‘Catholic Spirit:’ John Wesley on Theological Integrity.”

“When Wesley makes apparent dismissive comments about ‘orthodoxy,’ he is not rejecting the truth of Scripture and the creeds or the importance of seeking the best understanding of these that we as humans can have,” Maddox told United Methodist News Service.

“He is insisting that the purpose of true religion is more holistic. It is the formation of the whole person as one who loves God and neighbor.”

Danker said that Wesley “was driven by a desire to proclaim the new birth” people have in Christ. He challenged people to live as justified by faith on the road to sanctification, even in the face of derision. He aimed to do the same in his own life. He combined belief with action, including a particular focus on ministering with the poor.

It is no surprise that leaders of American and British social movements — from workers’ rights to women’s rights to civil rights — have taken inspiration from John Wesley’s vision of heart-warmed Christianity.

“I think he approaches orthodoxy the same way he approaches the Bible, which is you can read the Bible all you want. But if your engagement is not inspired by the Spirit, what good does it do you?” Danker said. “It’s the same way with orthodoxy. I mean, even the Devil trembles in belief, right?”