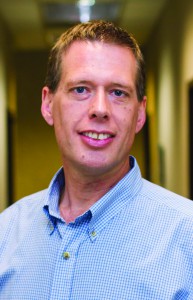 The apostle Peter says we must always be ready to explain our Christian hope (I Peter 3:15, NLT). “Always” probably seems like an impossible goal for most of us. Too often that’s true for me.

Several months ago, while I was talking to the woman next to me on the plane, she discovered I did leadership coaching and requested a session. I happily complied. After about an hour of her answering questions and my coaching, we had devised a workable plan for her to take with her.

In the course of our conversation, we learned that we had grown up in the same denomination. She told me, though, that she had since quit on God and church. I realize now that that would have been a perfect opportunity to talk more with her about that. Why didn’t I do it? We briefly talked through her faith journey, but I regret at the end I didn’t go far enough in the conversation to maybe explore the root of her feeling alienated from God. We can be afraid of witnessing. The apostle Paul and John Wesley might have something to say to us about this.

When Paul experienced God’s transforming power, he became, as you know, an unstoppable force for the gospel’s expansion throughout the Mediterranean. During one of his journeys, as he addressed Athenians who had a shrine to an “Unknown God,” this versatile evangelist proclaimed: “This God, whom you worship without knowing, is the one I’m telling you about.” Then he went on, not mincing words: “God overlooked people’s ignorance about these things in earlier times, but now he commands everyone, everywhere to repent of their sins and turn to him. For he has set a day for judging the world with justice by the man he has appointed, and he proved to everyone who this is by raising him from the dead” (Acts 17:30-31, NIV).

Founder of the Methodist movement, John Wesley, once said to his church leaders, “You have one business on earth – to save souls.” Wesley expected Christ followers to serve the socio-economic needs of others, but that could never take the lead; evangelism should.

In his book, Growing God’s Church, Gary McIntosh offers a helpful perspective on the church’s evangelistic priority. McIntosh cautions the church against adopting a “holistic view” of mission. In this view God has only has one mission, which may include everything from caring for the environment to preaching the gospel. He argues that when everything is missional, nothing is missional. That ends up meaning that evangelism and soul-winning will never take the lead as the church’s missional priority. Like my experience with the woman on the plane, we help people yet we don’t get to the heart of the matter.

McIntosh believes there is another way besides a holistic view. The church may have numerous and interrelated tasks of missional ministry, but these tasks do not have the same priority. The church’s priority is to reach, baptize, and teach others the way of Jesus. McIntosh supports a church’s involvement in ministries of community transformation, as exemplified by the early church. However, he writes, “While they served the common good, the early church placed a priority on the greater good¸ that of saving souls.”

A way forward is for each person to discern one’s gifts and passions as members of Christ’s body. Then we must accept the tensions and struggles of prioritizing evangelism through creative expressions of our witness in the near, far, and in the hard places of this world.

Duane Brown is a missiologist and serves as senior director of church ministry at TMS Global – www.tmsglobal.org, formerly known as The Mission Society. He is happily married to Patty, and is proud father to Eric, Kathryn, and Elizabeth.