Analysis: A Lack of Urgency 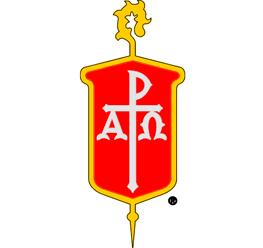 In 2010, leaders in The United Methodist Church hired two well-respected consulting firms to study the church’s institutional structure in an effort to assess its effectiveness and to arrest the denomination’s steady decline in membership and worship attendance.

One of the firms, Apex HG Consulting, reported a “general lack of trust” in the church’s leadership. It traced this finding to a “lack of accountability” across a denomination that lacked clear metrics for discerning the effectiveness of its institutional infrastructure (i.e., its general boards and agencies, and its executive and administrative bodies).

By September of 2012, after a deflating General Conference, a blue-ribbon panel tasked with evaluating the church’s efforts to make critical changes wrote:

“Business as usual is unsustainable. Dramatically different and new behaviors, not incremental changes, are required. We have not yet seen the degree of shared sense of urgency or commitment to systemic adaptations with the redirection of leadership expectations and sufficient resources that our situation requires.”

In May of 2014, at a combined meeting of the church’s Connectional Table and the General Council on Finance and Administration, economist Don House informed church leaders that lacking the expeditious implementation of a strategic, credible, and metrics oriented plan, the UM Church’s infrastructure would become unsustainable by 2030 and face collapse by 2050.

Despite these warnings from well-respected people in and outside of the church, the Council of Bishops’ (COB) lack of urgency this year in addressing existential threats is shocking. This lack of urgency is most clearly demonstrated in the COB’s ponderous response to threats against its governance and the covenant that binds together local congregations, annual conferences, and the general church.

Shortly after GC 2012 progressives plunged the denomination into crisis by adopting a strategy of ecclesial defiance of the church’s polity. If that were not enough, some active bishops tolerated or excused the defiance, and seemed unwilling or unable to hold clergy and even an episcopal colleague accountable. By the 2016 General Conference it was apparent to everyone the denomination was in crisis and the potential for division was real.

At that General Conference Bishop Bruce Ough, the incoming president of the COB, acknowledged the depth of the division, confessed the COB itself was divided, and therefore recommended the creation of a special commission to address the crisis. The commission would be directed to present a plan to resolve the crisis for consideration at a possible called General Conference in 2018 or 2019.

To the assembled delegates this seemed like the best way forward given the circumstances. But to many United Methodists, the creation of another body to address its problems lacked urgency. The COB appeared to be fulfilling the very critiques of the church’s leadership cited by the costly analysts it hired to diagnose its ailments.

Despite increasingly high profile attacks against the church’s polity in the immediate aftermath of General Conference, culminating in the Western Jurisdiction’s intentionally provocative election of a lesbian clergy member as a bishop, the COB bogged down even further.

It took the bishops five months just to name the members who would serve on its special commission. And to date, only the three commission moderators – three bishops, of course – have actually met. It is reported that the 32-member commission will have an introductory conference call in December, and finally get down to business in January.

Given all the disruption and divisiveness many would have thought the COB would have moved more quickly. Instead, it has reverted to form. Like other leading church bodies it has lacked the urgency people within and without the church have said it needs to exhibit. Instead of accelerating the timetable, the bishops recently explained that any potential called General Conference would now have to wait until 2019. Many are justifiably dubious of this ever happening.

“A requirement that materials be in the hands of delegates at least 230 days before such a session,” said Ough, “makes it unlikely that the Commission could complete its work in time to meet that deadline for a 2018 meeting, so 2019 seemed to us to be the best option.”

This is only true because the COB lacked the urgency to deal with a crisis that is harming local churches and annual conferences, exacerbating a looming demographic and fiscal crisis, and deepening the trust deficit in its leadership pointed out to it six years ago.

People across the theological and social spectrum have expressed surprise and even dismay by the number of bishops (eight, not including the three episcopal moderators) appointed to the commission. Given the COB’s failure to lead and its lack of urgency, the commission’s first order of business should be to kindly, but firmly minimize the role of bishops in its work and its ultimate recommendation. Business as usual is unsustainable.

Recently the United Methodist News Service posted a commentary by the Rev. Paul J. Kottke on the Wesleyan Covenant Association’s convening conference in early October of this year. Kottke, a district superintendent in the Rocky Mountain Annual Conference, offers a critical evaluation of the new organization.

We strongly encourage you to read both.

[Editor’s note: the Rev. Thomas Lambrecht, vice-president of Good News, is a member of the commission.]