Is It Time for the Itinerancy to Go? 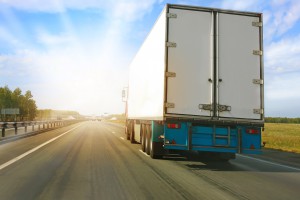 In today’s ecumenical religious environment, the current model of United Methodist itinerancy has become more a liability than an asset. Here are a few reasons.

• With over 60 percent of current United Methodists having come from other communions, the itinerancy system is foreign to many of our members.

• Given the ethos of the American social order, the authoritarianism of sending our pastors is difficult for both clergy and laity.

• Questions must be asked of whether the evolved paradigm of itinerancy benefits the missional needs of any given community or the career aspirations of the clergy.

• As deeply controversial issues polarize the denomination’s connection, the appointing of clergy will demand far more consultation. Can either the parish or the pastor be effective if theological positions on social justice issues are not negotiated?

• A parish’s ethos in “contemporary” or “traditional” worship demands that criteria other than salary are priority factors in appointments.

• The bishops’ study commission to preserve denominational unity should consider either relaxing or abandoning the current modus operandus of the itinerancy.

Now is the time for the above rationale to be factored into any new paradigm if United Methodism is to survive. It was 1991 when Dr. Donald Messer edited his important volume, Send Me? The Itineracy In Crisis. (The book changed one thing, and perhaps only one thing – the historic spelling of the word “itinerancy” became “itineracy.”) In his Introduction, Messer wrote, “The future system of deploying United Methodist clergy, therefore, will emerge from an informed debate that includes critical assessment of past history and present practice.” He might have added that a new paradigm is needed if we are to be the church that God can use holistically and redemptively “to serve this present age.” Itinerancy must not be the defining dimension of Wesley’s progeny. After all, the British Methodist Church has never had an episcopal polity.

Messer continued that we often are so incensed by any critique of the itinerancy that we seem to believe our current system to be divinely ordained and institutionally unchangeable. In the top echelons and among traditional clergy, we trigger in defensive excuses that cut off imagination and visioning. We rely so much on our cherished system of the pastors “going where we are sent” and the laity’s acquiescing to the Cabinet’s authority that we fail to discern God’s will for the new world that requires faithful courage. We are hesitant to admit two historical realities:

• The system designed by Francis Asbury for frontier America was intended for single men who stayed on one circuit no more than a year.

• The norm was dramatically changed when a “settled ministry” married and when a longer pastorate enhanced community involvement. Parsonages were built and by the 1860’s “four years” had become the normative tenure.

When theological diversity emerged in the 1880s, the issue was whether “sanctification” as a second work of grace was definitive for Methodists. In 1894, we lost the Nazarene Church over that issue. No one in Methodism had heard of speaking in tongues until 1900 on Azusa Street in Los Angeles; the result was the splintering of Pentecostal Arminian denominations, most of whom are now growing. All other divisions in our history have been polity or racially based.

A monumental Supreme Court decision was made in 1954 when former Republican Governor, Earl Warren, led the court to strike down the 1897 “Plessy vs. Ferguson” decision that schools could be “separate but equal.” In the new decision of “Brown vs. Topeka Board of Education,” the public schools were ruled to become racially integrated. I remember traveling to Little Rock Arkansas in 1957 when President Eisenhower had called out Federal troops to allow for the integration of Central High School, thus overruling the refusal of Governor Orval Faubus to obey federal law. Churches across the land began to discuss the moral imperative of racial inclusion. Institutionally, though, it was 1968 before we celebrated the dissolution of the Central Jurisdiction. One can only debate whether so-called “cross-racial” appointments would have come as quickly with a modified itinerancy.

In 1956, thanks to the General Conference “floor” motion of Dr. Zachary Johnson, president of Asbury Theological Seminary, the recommendation of the legislative committee to “continue study” was replaced by immediate action on full ordination and clergy rights for women. Officially, itinerancy became freed from male gender exclusiveness. To argue that only the authority of the bishop has opened opportunities for women to serve parishes is to negate the reality that the Presbyterian Church of the U.S.A., the United Church of Christ, and the many Pentecostal churches have more women in parishes than does The UM Church.

The arrival of “contemporary” worship has placed more pressure on the itinerancy. Fewer UM churches are “cookie cutter” clones of one’s present parish. Some pastors do not care for the music in contemporary worship and do not have the gifts for the necessity to ad lib the sermon from a stool or walk in the aisle. That is anathema to some whose seminary training advocated moving United Methodism toward “high” liturgical worship. The challenge to the cabinets to “make the shoe fit” as pastors are appointed is somewhat daunting.

Pastoral families often demand staying longer because of family needs.  Issues that are increasingly important to clergy are school systems, being within the proximity of their aging parents, or the need for a specific type of climate. Presently, most appointments are confined to one’s current annual conference; that needs to change. On the part of the laity, they will increasingly demand a voice in United Methodism regarding their next pastor or they will increasingly leave us.

In recent decades some Central Conferences have joined The United Methodist Church. This brings new cultural diversity when much of the U.S. polity and many of the social justice resolutions are reflective of a distinctively American culture.

The chasm between cultures are accentuated by the deep disagreement regarding same-sex marriage and homosexual ordination. If The United Methodist Church is still together after 2020, imagine the difficulty in making appointments reflecting clergy and parish convictions on LGBT issues! Some negotiation will be mandatory. At that point, the making of appointments would be forced into a presbyterial type of polity, or an episcopal polity similar to that of the Protestant Episcopal Church.

If my understanding of the Episcopal Church polity is accurate, when a rector or a parish discerns the need for a pastoral charge, the bishop’s office provides a list of other churches in the geographic region that is requested, and a list of clergy open to moving. Then profiles of parishes or clergy are exchanged, visits are made where candid questions are asked by both parties, and perhaps there is an invitation to lead worship. Often the rector leaves and an interim is provided by the diocese. Then clergy profiles are scrutinized and some are called for closer “Q & A.” A call is issued, but the bishop has the right of “veto.” The same is true of the Presbytery in the various Presbyterian Churches. Neither is a congregational polity.

The Episcopal Church model would leave us with a modified Episcopal form of polity, including our election of bishops. There would be a much closer connection between the bishop and the parish because the bishop installs new clergy and confirms the confirmands.

Whatever we do, it is time to begin thinking collegially and creatively. A significantly nuanced appointment making process will be the only way to accommodate theological diversity, regarding pastoral gifts and grace, social justice convictions, and personal or family needs. The “go where you are sent” and “take whomever is sent to you” paradigm has numbered days.

Donald W. Haynes is a retired United Methodist clergyperson, former writer of “Wesleyan Wisdom,” author of On The Threshold of Grace – Methodist Fundamentals, and adjunct faculty in Wesleyan Studies at Hood Theological Seminary.