The Promise of Righteousness 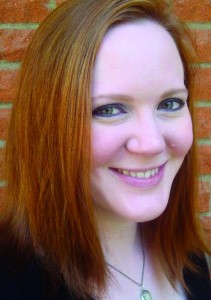 The word righteousness isn’t one you see popping up on your Facebook and Twitter feed much these days.

Most people in North America would hear “righteous” and immediately translate it to “self-righteous.” And if there’s any taboo practice in an emerging or present post-Christendom culture, it’s self-righteousness: the inherent judgmental stance against others, in favor of yourself, based on supposed superiority of morality. Perhaps because of its very appearance and sound, there’s a halt, a slamming of the brakes. “Righteousness” begins visually and aurally, in English, with “right.” To say definitively that you’re immediately “right” in a pluralistic culture is a non-starter.

Of course “righteousness” doesn’t mean, “I’m right and therefore you’re wrong.” We speak here only of the instinctual response of the casual hearer who didn’t grow up hearing Psalms read from a teacher at the beginning of the public school day. “Righteousness” isn’t in our public vocabulary anymore.

If there is a season in which Americans might be open to reconsidering the promise of righteousness, it might be now: now, when peace, quietness, and trust seem long ago and far-off. We hunger for peace, quietness, and trust. A truck plows through families celebrating in France, presidential campaigns are marred by inquiries, lawsuits, violence, and murky business dealings, a man following a law enforcement officer’s instructions is shot and killed in front of a four-year-old child, police officers are targeted and assassinated, a suicide bomber brings death and grief in Syria, and Baghdad, and Kabul, heroin scourges middle America, a teenager shoots up a church Bible study, a hostile nation steals information from our computers, an explosion rocks a German cafe, an agent teaching about cyber sex crimes accidentally catches a predator just in the few minutes she’s on a website during the seminar, a drone attack racks up significant “collateral damage,” a famous reporter admits embellishing an important story, veterans are returning with epidemic levels of PTSD, athletes’ performances are rigged with doping, the Zika virus decimates newborns.

In a century when you can wake up to bad news from all over the world instantly accessible on your night stand smart phone, we read: “the effect of righteousness will be peace, and the result of righteousness, quietness and trust forever.”

If this is what righteousness brings, it just might be worth pursuing.

Our society is beginning to think that the party might not have been worth the hangover. This is what “outgrowing” the Ten Commandments looks like. As well as shows with titles like “Scandal” and “Pretty Little Liars,” everyone really wants their friends to be trustworthy and their enemies to be honest. We want athletes’ performances to be honest (otherwise, what’s the fun of watching sports?), we want leaders who know that they too are under the law, we want our enemies to follow old rules of engagement that attempted to protect civilians from combat rather than deliberately targeting civilians.

In the end, we all really want peace, and trust. As we mature, we realize that the lure of drama to give self-importance is quickly hollow. Who doesn’t want a deep, profound sense of safety? And you cannot have true peace, quietness, and trust without righteousness, no matter what a political candidate says.

“The effect of righteousness will be peace, and the result of righteousness, quietness and trust forever.” Creation groans, we eagerly await the fulfillment of the inbreaking Kingdom of God. Until that Day, we still live in a world with death and tears. But righteousness offers glimmers of that promise.

Do you want to live in a world of peace, quietness, and trust?

Put your faith in God, who will bring about his Kingdom where there will be no more crying or tears – and – live righteously. Do not covet, do not dishonor the Sabbath, do not give false witness, do not commit adultery, do not take on the name of God flippantly, do not dishonor your parents, and even more than these and the rest, love your enemies, walk farther than you are asked, don’t let your thoughts travel down dangerous roads even if you don’t act on them, think on things that are lovely and true and noble and trustworthy, discern and test, give thanks, pray constantly…

A tall order. “Peace, quietness, and trust aren’t possible, because no one can do all that,” you think. In the past one hundred years or so, Americans have set an ever-lowering bar for ourselves, shifting from being at least taught and trained and expected to adopt certain behaviors, to setting the training of our character aside, to saying, finally, that it’s just not possible and those who suggest it is are levying a moralistic power ploy. Make no mistake, as a society we’ve also improved significantly in many areas. But it is difficult to live the Christian life, and it is even more difficult if we do not train the character of our kids, ourselves, and each other.

Righteousness in part is character development. In part, it is accepting the grace of God that melts our hardened spirits and reforms us in Christlikeness. If I want to be part of a culture of righteousness, I must exert my will to pursue individual and communal character development, and I must also accept God’s transforming grace that will shape broken parts of me away from self-destruction and towards the Word Made Flesh.

So what are you doing to live a life of character and grace? Are your words honest and above-board? Do your thoughts betray ego or humility? Do you think certain standards are for others but not yourself? Are you both bold and gentle in your truth-speaking? Do you shift what you say in one context and change it in another, or at a different time, depending on how it serves your current desire?

Elizabeth Glass Turner is Associate Director of Community and Creative Development at World Methodist Evangelism and editor of WesleyanAccent.com. Reprinted by permission of WorldMethodist.org.