Invited to the King’s Table 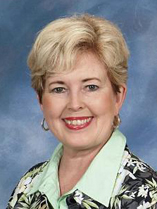 I found a beautiful little nugget of gold resting in a spot I wouldn’t think gold would be. It’s an encouraging Scripture from 2 Kings 25 from which the title in my Bible reads The Fall of Jerusalem. Surely, we cannot find gold there, for this chapter tells of Nebuchadnezzar’s attack on Jerusalem and the subsequent removal of the Hebrews to Babylon. It is a dark period in Judah’s history, the beginning of 70 years of captivity. A golden nugget? Ah, yes.

It is painful to read of those who were executed and of Judah’s inhabitants becoming prisoners to Babylon. But the end of this chapter takes on a golden glow when we read of the decision of Nebuchadnezzar’s son, Evil-Merodach, to release Jehoiachin, king of Judah, who had worn prison clothes for 37 years.  We are not privy to the reasons for this sudden compassion by Nebuchadnezzar’s son who followed as king of Babylon after his father’s death.  Rumors by the Jews say that Nebuchadnezzar was mentally ill and even had his own son Evil-Merodach imprisoned for a while, during which time he became friends with Jehoiachin, also in prison. However this came about, it was due to the good providence of our good God.

The last verses of 2 Kings end with Evil-Merodach not only releasing Jehoiachin from prison, but speaking kindly to him and giving him a seat of honor higher than those of other kings who were with him in Babylon.

“So Jehoiachin put aside his prison clothes and for the rest of his life ate regularly at the king’s table. Day by day the king gave Jehoiachin a regular allowance.” This is the verse that jumped off the page of my Bible.

Most of us know what it feels like to be in a prison. Maybe not an actual prison, but a personal one, kept there by our poor choices or by the poor choices of others. We’ve lived there so long that we cannot imagine ever taking off our prison clothes. They have become stuck to us, glued to the conditions placed there by ourselves, hammered there by repeated failures, taped there by a continual stream of negatives in our lives. We have conditioned ourselves to expect the worse, and so if a leader suddenly looked at us and invited us to eat at his/her table, we would decide we weren’t worthy to be there. Right? We might continue our same unfortunate habits, our jump down into the pits around us, our never-ending determination that all life has for us is what we know now.

Jehoiachin tells us that does not have to be the case. You can take off your prison clothes and dine with the king. It is too beautiful to savor in just one reading. I have read it over and over, wishing that Christians caught inside of a prison could receive this good gospel news from an Old Testament story. You can give up your prison clothes! For the rest of your life, you are invited to eat regularly at the table of King Jesus, wearing clean robes of forgiveness!

In order to truly live our life in the fullest, it is important for us to die to our old self and to be renewed by putting on our new self, created after the likeness of God.

God can turn your prison into a palace. The day will come, at the end of time, when you and I will play the part of Jehoiachin. Jesus will open the dungeon doors of death, loose our prison clothes, and clothe us in immortality. He will say to us, “Come, sit at my Table for all eternity. You will reign with me.”

However, freedom can be yours now. You don’t have to wait. If your attitude of prison, with self-doubt, unforgiveness, and feelings of inferiority, has held you back, then Jehoiachin has a word for you: Take off your prison clothes, and dine at the King’s table.

Johoiachin had only two reasons that caused him to put his prison clothes aside. He had an invitation, and he accepted that invitation.

You have the same invitation. Will you accept?