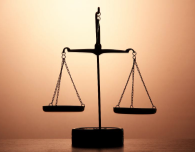 In light of the urgent concerns related to the South Central Jurisdiction (SCJ) petition for a declaratory decision regarding the election of a self-avowed practicing homosexual as bishop, Good News calls upon the Judicial Council to reconsider its decision to postpone that agenda item to the April meeting of the Council. We are in full agreement with the Council of Bishops’ earlier call for expediting this matter. The election of the Rev. Karen Oliveto as a bishop in the Western Jurisdiction makes the questions raised in the SCJ petition highly relevant and acutely consequential in the life of our church at this moment.

Pastors and churches are dealing with the fallout of Rev. Oliveto’s election on a daily basis. We regularly receive phone calls and emails at Good News telling us of faithful United Methodists leaving their congregations or redirecting their tithes and offerings, local churches reducing or eliminating the payment of apportionments, and in extreme cases, local churches preparing to leave the denomination. The effect of the Western Jurisdiction’s defiance of the Book of Discipline will only grow over time, as more and more people become aware of it. To postpone any decision on this matter for six months will only increase the harm done to the ministries of local congregations, annual conferences, and the global church. We fear that the damage done will be irreparable.

Postponement will also increase uncertainty around the legitimacy of Oliveto’s service as a bishop. The possibility of rendering a decision nullifying her election two months into her term of office is much different than taking that action eight months into her term. The disruptive potential to the annual conferences involved, as well as Rev. Oliveto’s personal life, make the case for an early decision, rather than a postponement.

Good News is sensitive to the concerns raised by the Judicial Council that, “Due to the importance of this petition, all interested parties and amici curiae must be given sufficient time to prayerfully consider the issues in order to prepare their briefs.” In their initial announcement of the fall docket, the Judicial Council asked interested parties to prepare briefs as if the deadline of August 26 would hold for briefs related to the SCJ petition. Many persons have been working on briefs in anticipation of that deadline and were prepared to meet it. The Judicial Council could accommodate the need for additional briefing time by simply modifying its deadline, so that briefs on this matter would be due September 23, which would still give ample time for preparation and for the Council to consider the issues raised in the briefs.

While extending the briefing deadline and considering the SCJ petition at its regular October meeting would be the optimal solution due to travel needs, another option would be for the Council to schedule a special meeting in early December to consider the SCJ petition. The extra costs involved would be outweighed by the benefit of having an earlier resolution to the questions raised, the potential calming of the damaging reactions across the church, and the signal that such a meeting would send indicating that the Council grasps the importance and urgency of addressing the spiraling disobedience within our church.

Good News respectfully asks the Judicial Council to assume its responsibilities in maintaining the order and discipline of the church. We fear that a six-month delay will only exacerbate the frustration and division in the church and make a unifying resolution of these issues even less likely.