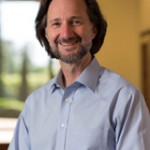 “We heartily endorse the creation of the Wesleyan Covenant Association,” said the Rev. Rob Renfroe, president of Good News. “Having vibrant, orthodox United Methodist churches across the connection link hands to promote the church’s core teachings and work strategically together will be vitally important during this season of discernment for our denomination.”

The association issued a press release on Thursday, June 30, announcing its creation. It has launched a website that outlines 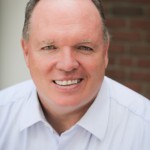 its purpose and goals, and includes a FAQ page. It also announced that it would hold its first major conference in Chicago on Friday, October 7, 2016.

“The Wesleyan Covenant Association represents the very best of our warm-hearted theology and action-oriented spirituality, and will provide support, encouragement, and resourcing for like-minded and like-hearted United Methodists,” said the Rev. Jeff Greenway, lead pastor of Reynoldsburg (Ohio) United Methodist Church. “During these turbulent times in our denomination, I find this association to be a source of encouragement and hope.” 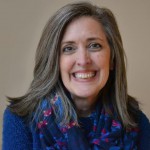 The release was accompanied by “An Open Letter to the People of the UM Church ” and signed by over 40 clergy, laity, and theologians who endorsed the formation of the association.

“In these times of great uncertainty about the future of The United Methodist Church,” the authors wrote, “we believe it is important for orthodox congregations, clergy, and laity to work together, to support one another, and to encourage each other.”

The delegates to the 2016 General Conference adopted a proposal from the Council of Bishops (COB) to create a special commission to review the church’s sexual ethics. The commission is charged with proposing recommendations for how the church should go forward. Based on the timing of the commission’s work, the COB could call for a special called General Conference in either 2018 or 2019. 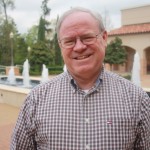 “My fervent prayer is that we will be able to share our witness in ways that will impact the Bishop’s Commission on the Future of the Church,” said the Rev. Keith Boyette, pastor of Wilderness Community UM Church in Spotsylvania, Virginia. “Those who choose to participate in this great endeavor will be better positioned to embrace a fruitful future regardless of what ultimately occurs within the church.”

Since the conclusion of GC 2016 a number of annual conferences in the U.S. have voted to ignore and to not enforce the church’s teachings on same-sex marriage and the ordination of openly gay clergy. The recent acts of defiance add to a long list of divisive acts that stretch back to the defiant response of the Western Jurisdiction shortly after GC 2012 voted to reaffirm the church’s teachings.

The new association said more information would be forthcoming over the next several months.

Walter Fenton is a United Methodist clergyperson and analyst for Good News.