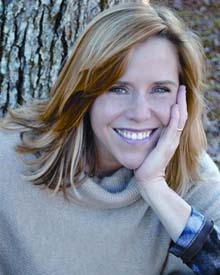 Pete was the sexton at the first church I served, in charge of maintaining the physical plant of the church. Sextons, not Saint Peter, hold the all-important keys in church life, securing the building after 12-step meetings, cleaning up before Sunday worship, making sure the boiler is ready and running. A rock-and-roller who had turned his life around, Pete the sexton had finally met the right wife, finally quit drinking, and finally started to think about one day quitting smoking.

With his ever-present dark jeans and T-shirts, salt-and-pepper beard, and rock-star-skinny build, people were always telling Pete that he looked like Eric Clapton. He still played the guitar with other men in that New England suburb, who parked minivans after work and descended into basements where tube amps and Stratocasters kept out the noise of the children’s cartoons upstairs.

As sexton, Pete spent as much time visiting with the church members as he did fixing up the church, more comfortable sharing his philosophy of life than hammering in solitude, unless it was on that guitar. The beauty of working with Pete was that he might come over to my parsonage to fix a leaky pipe, but he’d end up being convinced to have just one cup of coffee, and then another, and then another. Soon you’d discover that three hours had gone by. While the sink was not yet fixed, you sure had learned a lot about Masonic conspiracy theories, the hazards of a bad acid trip, or why life in the Connecticut suburbs had never been for Pete.

After I left that church, Pete and I remained friends as I followed the gossip of the church I had left behind over yet more cups of coffee, now in my own home, where leaky pipes did not beckon to him to be fixed. The news he brought from that old church was nuanced in that Pete did everything there except attend worship.

Scarred by church long ago, Pete had been drawn into an intellectual dance in which he read much about all religions but could not bear to rest in one. Fascinated and horrified by the life of faith, he had found a job that pulled him into the inner workings of a community of faith without demanding any confession of faith. In many ways, Pete practiced the Christian faith, but his early experience of a church obsessed with doctrines had left him gun-shy of the institution. While he never sat in those pews at the appointed hour, he was participating in the church in every other way. 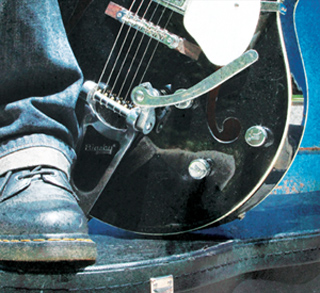 When lung cancer caught up with him, when a cup of coffee became too heavy to hold, when bad cells had wrapped themselves around the last safe breathing space in his thinning body, his wife called me to a Catholic hospital, where I saw Pete be still for the first time in my life.
To watch his wiry, fidgety body at rest, moving only with the up and down of the respirator, to hear the gurgling of fluids in his chest that would end up bringing on a death by drowning, to watch the tears of the “right wife at last” as she held on to him in this small moment, I was suddenly the church.

A former associate minister, one who had stayed too short a time to affect much at all, I was suddenly the Church of Jesus Christ writ large, present at the moment when Pete would die, and I would witness my very first experience of life leaving one body and going somewhere else.

I think we do this for one another all the time, we mad people of faith. We interact with those who will not step foot in the institutions we love. We make friends with nonbelievers who claim that we are crazy. And then in these moments of utter crisis, we find ourselves called into the eye of the tornado. And suddenly we realize that we have become, for them, the church. And we are called to play a role greater than our role as friend, family member, or colleague.

“Do you believe in heaven?” they may ask, as Pete had asked me many times over coffee, just checking to make sure I still thought it was true.

“Do you still believe in God as you watch him suffer?” they may ask, as the wife of a dying man asked me, angrily challenging yet longing for some word of hope as her love slipped away. Forever?

And suddenly, instead of thinking that a debate is about to ensue, you realize you have been called upon not for your answer, not for your argument, but for your testimony. Not just your testimony, but the testimony of the church that has stood in the midst of utter sadness and made claims that only the mad would make.

It may not be eloquent. Some of the best testimonies are stumbling words choked out of the same sorrow that the nonbeliever stands drowning in, but at least the believer can say, “Yes, in the midst of this tragedy, I believe there is more than all of this.”

The Gospel from the Bottom Up

Like the disciples who asked Jesus where they should sit, with regard to who could be at his right side, loved ones around the bed of a dying person often wonder the same thing. Where is my place?

There can even be a hierarchy of the grieving. Who sits closest? Who does the doctor address? Who is forgiven from speaking and who is called upon to explain?

In this case, I felt my place was at the foot of the bed. Pete’s wife had his head in her arms, his heart next to her heart, but I at least could keep vigil over his feet. I rubbed his foot, first one then another, gradually realizing that indeed I had found my place, not just here but in a longer story. 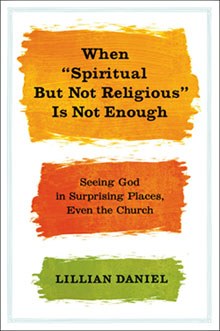 The great prayers of the church, the testimony that life will go on and that the dead will live forevermore, often get heard from the feet up. They come, for most who grieve, as background noise in the surprising busyness of death. Even the details of the funeral overshadow the words that are spoken, and family members worry over who brought the chicken salad, or who will read the poem at the graveside.

But God has never objected to speaking from the bottom end of things. It was, after all, his son who washed the feet of the disciples who preferred to argue over who would sit at Jesus’ right hand. Jesus preferred to proclaim from the foot of the bed, and to take his cues from the foot of his own body.

Sometimes, the church has to work through church stand-ins. Sometimes, as people of faith, we are called to witness the good news to people who have no interest in our beliefs. Yet they have called us to their sides at a moment of crisis, as friend, family member, or comforter. And we could no more leave behind our faith than we could leave behind our bodies. And so we are there, present, being as much of the church as they will see.

The membrane between the church and the world is thin. We want to cross it lightly, gracefully, so that suddenly, even for those who do not show up on Sundays at God’s physical house, a house with many mansions still might shine through in their imaginations. This kind of agility is not born by taking the physical house, the church, lightly. No, worship is what prepares us for the strangeness of life. When we read about Jesus washing the disciples’ feet before the Last Supper and his death, God prepares us for a later moment when the only seat at the table will be at the bottom of a hospital bed.

After all, we follow a savior who knew when to preach but also when to be content washing feet. Jesus delivered the gospel from the bottom up. We can do that too. As I rubbed his feet, as the stand-in church, Pete’s body buckled under the white blankets and left us with a violent shake of an old rocker whose guitar solo had taken it all out of him. I held on to his feet a little longer, as they grew cold, until I knew that this was no longer my place. It was time to move to the rest of the room and the tears of the living, where Pete’s song played on.

Lillian Daniel is the senior minister of the First Congregational Church of Glen Ellyn, Illinois. From the book When “Spiritual but Not Religious” Is Not Enough by Lillian Daniel. Reprinted by permission of Jericho Boooks, New York, NY. All rights reserved.